Elaine Ng is an Alcoholic? Apologizes for Mistreating Daughter 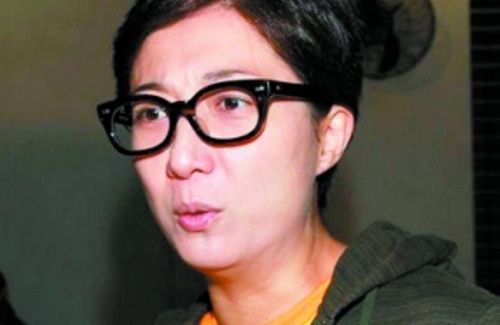 Elaine Ng (吳綺莉) denied abusing her 15-year-old daughter Etta Ng (吳卓林), but admitted to her mistakes as a mother. With her heavy drinking habit leading to physical skirmishes with Etta, the single mother said, “I’m wrong and didn’t give her a sense of security.”

Etta confided to her school teacher that Elaine frequently drank alcohol at home and had hit her. Concerned about Etta’s well-being, the school called the police.  On March 11, Elaine was arrested by the police when she attempted to pick up Etta at school.

Elaine and Etta are Currently Separated

For Etta’s well-being, she has temporarily been removed from Elaine’s care. Elaine has not seen her since she was released on bail.

“I really didn’t know what happened – I haven’t slept for days. On the day [of the arrest], I went to the school at 4 p.m. to pick Etta up like usual but didn’t see her. When I called her, she said she was talking to her teacher. I waited until 6 pm and she still didn’t come out. Soon afterwards, two police officers and Etta’s teacher told me that Etta had wanted to commit suicide. I looked at my daughter and wondered how this was possible. I talk to my daughter every single night and we always ask each other about our day. We always say things are fine,” said Elaine.

Elaine is an Alcoholic?

Etta felt depressed as she was not socially accepted among her peers at school. Etta did not share her problems with Elaine, whom she felt already had too many burdens.

Speaking with the media, Etta revealed that Elaine would drink two bottles of wine every night, and did not stop even after vomiting.  Sometimes, Elaine would cry non-stop after she got drunk, which led to physical skirmishes between mother and daughter. One time, Elaine hid in the bathroom after drinking too much.

Seeing her mother frequently turn to the bottle, Etta felt helpless. Coupled with her stress at school, Etta suffered from suicidal thoughts. Finally, she confided in a trusted school teacher about the problems at home.

Noting there has been a breakdown in communications with Etta, Elaine reflected on her own mistakes as a mother. Elaine admitted that she drank red wine at home to relieve her insomnia. Since Elaine’s release from bail, Etta has not seen her mother and also refused to respond to her phone calls and text messages. However, Etta remained in touch with her godmother.

In a televised interview with i-Cable, Elaine said, “I admitted I was wrong in one aspect as a mother–not giving her a sense of security. She was worried about my health. I had a lot of stress from work. But she knows I love her.” Through the interview, Elaine hoped her words would reach out to Etta, “Mommy will take care of her own health.”

However, Elaine denied physically or mentally abusing Etta. Elaine expressed her shock over allegations of child abuse, “I never thought the matter would blow up to such proportions. At first, I thought my daughter had a tantrum. It’s impossible. As to hitting her, I only did this….” Elaine demonstrated pushing the interviewer’s shoulders lightly.

When the police went to Elaine’s home to ask the maid about the mother-daughter relationship, they discovered a substance suspected to be marijuana. Asked about the drugs, Elaine said, “I really don’t know; the case is now handled by my lawyer.”

Although bewildered by the turn in events, Elaine said the most important thing now is to help Etta face any problems she is experiencing.

42 comments to Elaine Ng is an Alcoholic? Apologizes for Mistreating Daughter