Ending Spoilers for “The Confidant” Revealed 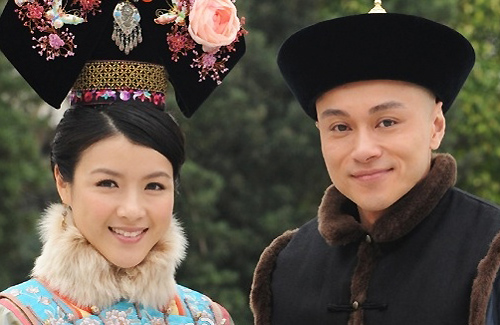 The Confidant <大太監> is quickly approaching the finish line, with the finale to be aired on December 16. In the coming episodes, we will see An Dehai’s (Raymond Cho 曹永廉) execution, Princess Wo Shek’s (Aimee Chan’s 陳茵媺) death, Li Lianying (Wayne Lai 黎耀祥) becoming a father, and Emperor Tongzhi’s (Oscar Leung  梁烈唯) failure to practice safe sex.

The End of An Dehai

Against the palace’s rules, An Dehai possesses a special drug that will allegedly help a eunuch regain his manhood. Empress Dowager Cixi (Michelle Yim 米雪) manages to save An Dehai from punishment, so he proceeds to meet with Cixi to thank her. When An Dehai becomes emotional, Cixi even allows him to cry on her lap.

Instigated by Empress Dowager Ci’an (Maggie Siu 邵美琪), Emperor Tongzhi confronts Cixi and calls out her tyrannical behavior. When he arrives at the scene, he sees An Dehai burying his face on Cixi’s Lap. Tongzhi immediately declares that An Dehai and Cixi are having an affair.

Knowing that death is the only way to save his master, An Dehai pretends to go insane in front of Cixi, who proceeds to order An Dehai’s execution. Cixi also ordered that An Dehai’s body should be hung naked after his execution. An Dehai’s plan is for people to see that he is truly a eunuch hence there is no possible way for Cixi and him to have an affair.

After An Dehai’s execution, Li Lianying and palace maid, Sin Yung (Nancy Wu 胡定欣), decide to leave the palace to live a normal life. Together with Lianying’s mentor, Lau Dor Sang (Chung King Fai 鍾景輝), the couple starts a small business and lives happily for the time being. Lianying and Sin Yung even become parents to an abandoned baby girl.

However, after learning how his ex-apprentice, Ling Tim Sau (Edwin Siu 蕭正楠), is ruthlessly running the palace, Lianying and Sin Yung decides to drop their personal lives for now, and return to the palace to stop Tim Sau from his evil deeds.

Death of  Princess Wo Shek

Princess Wo Shek, who has been ill for quite some time, manages to be kept alive by Yiu Sheung Hei’s (Raymond Wong 黃浩然) daily care. However, the rotten Tim Sau devises an evil plan to shift Sheung Hei’s focus towards Ci’an instead. The princess soon dies without the needed medical attention.

Yiu Sheung Hei, learning about the princess’ death, becomes extremely emotional and vows to take Tim Sau’s life even if it means giving up his own.

In order to step up their attack on Cixi, Ci’an and Chan Fuk (Elliot Yue 岳華) decide to recruit Tim Sau. The two have Tim Sau bring in prostitutes for Emperor Tongzhi’s pleasure. Later on, Tongzhi is infected with a disease that shows syphilis-like symptoms, and Cixi mistakenly believes that Tongzhi received a sexually transmitted disease from frequent visits to brothels. Tongzhi starts losing his will and spirit to run the country.

Momentum has been building towards the exciting finale of The Confidant, as several of its characters will meet their tragic ends. Ending episode # 33 will be aired on Sunday, December 16, one night before the 45th TVB Anniversary Awards!

28 comments to Ending Spoilers for “The Confidant” Revealed