As one of the hottest celebrity second generations, Fabienne Kwan (關楓馨) was under the shadow of her father Eddie Kwan (關禮傑) when she competed in Miss Hong Kong 2021. Although she did not place in the pageant, Fabienne has no regrets and feels this journey helped her mature and discover a new side to herself.

The 26-year-old also joked that she is the fittest she has ever been, having lost 15 pounds for the pageant and will work hard to maintain her figure.

Fabienne does not mind being known as Eddie’s daughter, even though she is about to embark on a career in the entertainment industry. “I am really happy that he is my Daddy. I hope that one day people will recognize me because of my achievements and possibly even say ‘That’s Fabienne’s Daddy’ when they see him.”

If given the chance, Fabienne hopes to work with her father in dramas, as he has already given her so much practical advice on “toughing it out in this industry.” Fabienne said, “I won’t be able to sleep, and reading a script is like going back to school. However, I feel that I can handle this after sleeping only three to four hours every day while training for Miss Hong Kong.” 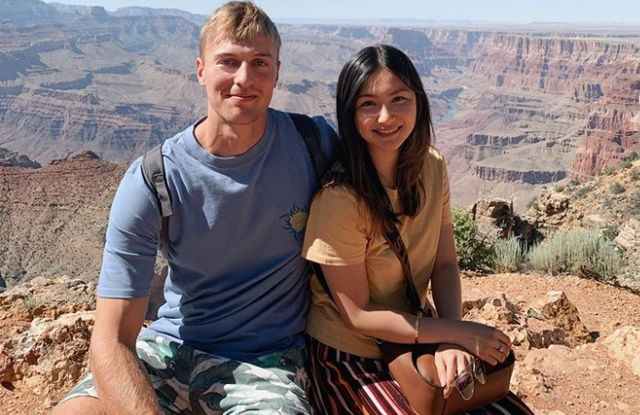 Other than Eddie, the other important man in Fabienne’s life is her English boyfriend Kris, whom she met while they were studying in England. There is a popular belief that people will often break up after becoming celebrities, but Fabienne is confident that their seven-year relationship is strongly grounded.

“He is working in England, so my work is not affecting him. I’m not worried about our long distance relationship, because we’ve been dating since the first year of university. We are both confident in our relationship, and view it as a long term commitment,” Fabienne said.

With the pandemic, they have less opportunities to travel and rely on video chatting every day. “When we were in school, we would spend our summer vacations separately, so we’re used to it. This time is just a longer separation. We’re both boring people, and he is very easygoing so it’s okay.”

Fabienne shared that they have no plans to get married yet, “We’re very practical, and will not fantasize too far into the future.”