Excitement is building as the Miss Hong Kong 2021 finals will take place on Sunday, September 12.

At the event, the leading candidates in the pageant were revealed.  Based on public votes on who they thought would win the crown, Fabienne Kwan (關楓馨), Sabina Mendos (宋宛穎), and Cathy Wong (王嘉慧) were the top three.

Fabienne expressed her surprise and felt a boost of confidence from the votes. She stated that she would be entering the finals with a neutral attitude, “The most important thing is to perform to the best of my ability. There is a lot of dancing in the final. It’s not my strong suit, so I have to practice every day. “

One of the hot favorites, Yvette Chan (陳聖瑜), missed the last event due to a sty. Wearing a bandage over her eye, Yvette received surgery to let out the pus. She is afraid that the wound would get infected so she wore a bandage. “I never had a sty before–it might be due to having to put on too much makeup.”

It has been five days since surgery, so Yvette should heal in time for the finals. Although this would not affect her performance, Yvette is worried that her appearance will cause the judges to take off marks, “I can only roll with the punches, and hope that I perform well during the finals.” 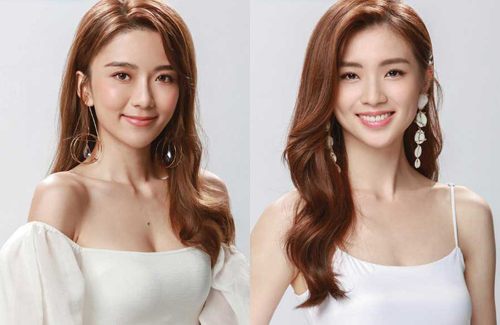