Fala Chen Had a Fight with Daniel Sit? 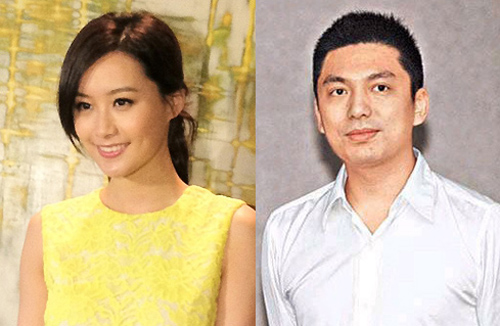 Fala Chen (陳法拉) has been in a relationship with Neway heir, Daniel Sit (薛世恆), for many years already. Although their relationship looks stable, recently, Fala posted a message on her blog stating, “A man needs to be genuine and trustworthy,” clearly aiming it at her rumored husband. It was reported that because of Fala’s wish to study in New York this summer, arguments ensued between the pair.

Fala has always come across as a strong-headed career woman who continuously looks to strive to climb up the ladder in the entertainment industry. After eight years with TVB and losing the TV Queen title in 2011, Fala decided not to renew her contract when it expired this May. While reports claimed that Fala was not on good terms with TVB after the expiration of her contract, she stated that after she finishes filming Triumph in the Skies 2 <衝上雲霄Ⅱ> and Will Power <傳愛事務所>, she will continue working under a per series contract.

Coming from a musical family, Fala was not satisfied with just being a first-line actress and eventually ventured out into the music industry. However, the response she received was mediocre compared to Kay Tse (謝安琪) and colleague, Linda Chung (鍾嘉欣). Shortly afterwards, she started her own company and attempted to recruit newcomers in the entertainment industry. It was said that studying in the United States was to further enhance her entrepreneurial abilities  before coming back to manage her company in Hong Kong.

Daniel was the majority investor in Fala’s new company. However, since Daniel’s younger brother Ernie Sit (薛嘉麟), had control over the family business, Daniel’s ability to help Fala was limited. Due to the fact that Daniel’s parents would not let him help Fala, the pair allegedly fought over Daniel’s broken promise.

No Road To Take

Normally, Fala has a chauffeur and lived in an upscale property near Celestial Heights that was provided by Daniel. Recently, she was seen to be taking the taxi, evidently suffering from the aftermath of the rumored argument. An insider claimed, “Fala’s new business needs roughly $10 million HKD; of course Daniel’s dad wouldn’t fork over the money! Fala was angry that her plans were ruined, so she decided to separate herself from Daniel for a while.”

Since Ernie’s wife and Fala’s rival, Marie Zhuge (諸葛紫), announced her pregnancy, it was speculated that Daniel’s parents now favored Marie. Prompted about Fala’s rumors, Marie quickly left in order escape the press while she was out for lunch last week.

73 comments to Fala Chen Had a Fight with Daniel Sit?