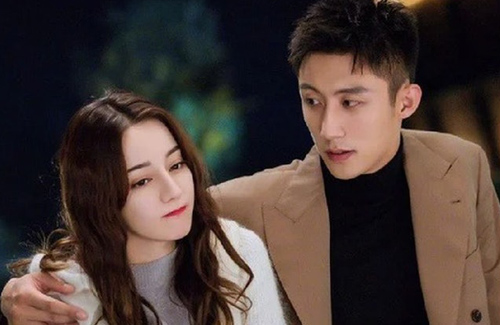 At the peak of her career, Dilraba Dilmurat (迪麗熱巴) is currently sitting in 11th place on Forbes China Celebrity 100, a list that ranks the influence of Chinese celebrities. Following Dilraba’s rise has been fervent fans who are increasingly concerned over her brewing rumors with Love Designer <幸福，觸手可及!> costar Johnny Huang (黃景瑜).

Their sizzling onscreen chemistry is said to be the result of their real-life romance. Netizens discovered that the pair are using the same cell phone case and accessories, dressing in couple clothing, and share the same bodyguard. It is also rumored that the two have secretly traveled to Japan for vacation. Johnny allegedly visited Dilraba while she was filming new drama You Are My Glory <你是我的榮耀>, but a crew member later denied this.

Dilraba’s fans do not feel that Johnny is a worthy match due to the many negative rumors in his past, including accusations of domestic violence and cheating. Johnny’s ex-girlfriend later attempted to commit suicide and was in a coma. Angered by the actor’s controversial past, one of Dilraba’s fans even posted on Weibo, “How can such a beautiful girl like an abusive, cheating, creepy man? And he is ugly. The two of them together look like a rich girl with her bodyguard.”

The actress’ fans are very angry and are requesting that her workshop officially deny the romance. Many fans threaten to stop supporting Dilraba and accuse Johnny of using her for fame. The actor’s fans rushed to his defense and neither side are giving in. Related searches, discussions, and read topics have reached over 1 billion regarding the controversy between Dilraba and Johnny.