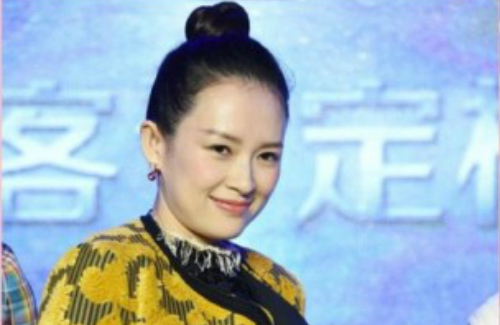 Speculations of Chinese actress and model Zhang Ziyi’s (章子怡) growing belly filled local tabloids ever since she earlier made a trip to the United States. Reportedly several months pregnant, the 36-year-old artiste’s due date is scheduled for late December or early next January. However, Ziyi and her alleged husband Wang Feng (汪峰) never publically confirmed the tabloids.

While Ziyi was absent at an earlier press conference in Beijing for her new film production, the director of the film, Wei Nan (魏楠), spilled that she is indeed pregnant. Wei Nan revealed, “Actually, we don’t know exactly when she got pregnant. And it’s not just her! Half the cast in the film are pregnant!” He jokingly added, “The film title is Oh My God <從天兒降>, and whoever joins the team gets pregnant!”

On the other hand, one netizen earlier spotted Wang Feng and his assistant wandering around in Melbourne Airport. The netizen uploaded a photo on Weibo, and remarked that Wang Feng spoke horrible English while passing customs. He was also seen constantly chatting on his cellphone with someone who is assumed to be his friend.