Gracing the film premier of My Country, My Parents <我和我的父輩> in Beijing on September 25, actress Zhang Ziyi (章子怡) chatted with the audience about the parent-child relationship theme explored in her directorial segment Poem <詩>. As the story touched on familial sacrifices parents had to make for their careers, a female viewer quoted a line Ziyi told her onscreen child which she found especially touching, “I might not be able to accompany you as you grow up.” 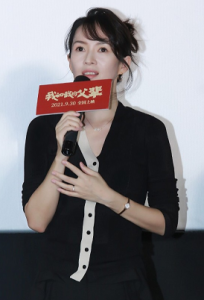 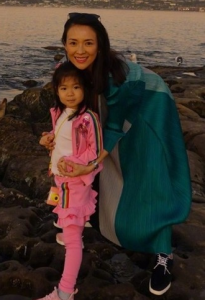 Responding to the viewer, Zhang Ziyi was reminded of her own five-year-old daughter Xing Xing who sometimes begrudged mommy for “not being good to me (her)”. Ziyi then had to explain that she has other responsibilities, “Mommy is ‘bad’ sometimes, because I have to work…and can’t be like [our helper], staying at home to be with you everyday.” While Xing Xing is only five and often does not fully understand what mommy says now, she believes that the child will do so one day and therefore treasures every interaction with her.

Recounting how she got to spend this year’s Chinese New Year festive break with Xing Xing, Ziyi shared that mother and child would embrace each other and chat every night. One day, young Xing Xing said, “Mama I hope you’ll be by my side forever,” Overcome by emotions, the actress took five seconds to compose herself before she shared what she told her five-year-old – that what mommy is able to give her is the best education, and that she hopes she can become a particularly independent person.

Sharing a view she also conveyed in Poem – which she also starred in – she said, “There’ll definitely be one day when she gets married, when dad and mom grow old, during the time when [we] are by her side, what’s most crucial is the kind of value system and the kind of life force we impart to our child.” Tearing up, Ziyi quickly smiled after the emotional sharing, and promptly turned viewers’ attention back to the film.