Marrying Chinese rock musician Wang Feng (汪峰) in 2015, Zhang Ziyi (章子怡) has since given birth to daughter Wang Xingxing (汪醒醒) and their son. The family also lives with Wang Feng’s 15-year-old daughter Apple Wang from his previous marriage to Chinese model Ge Huijie (葛荟婕). The family of five loves to celebrate occasions together and would hold expensive parties for birthdays. 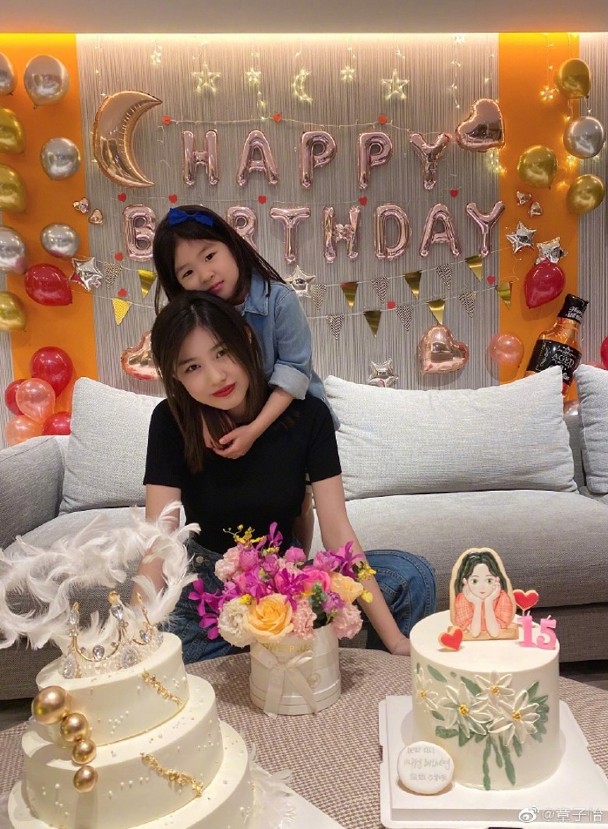 Ziyi loves Apple like her own daughter, and Apple calls Ziyi mom. They have a very close relationship often sharing fun mother-daughter photos from vacations.

Xingxing is also very close to her half-sister Apple, and they are often seen hugging each other.

For Apple’s 15th birthday, Ziyi decorated their home with many balloons and bought three cakes to celebrate. In the family photo, Apple is seen wearing makeup and bold red lipstick. Slowly maturing into a young woman, Apple has the charisma of her parents.

Ziyi is also very happy that her stepdaughter is growing up, captioning her post with, “Our pretty daughter is 15 years old now. My baby, please continue to grow up happily and healthily!”

Why Zhang Ziyi’s Parents Disapproved Her Marriage with Wang Feng