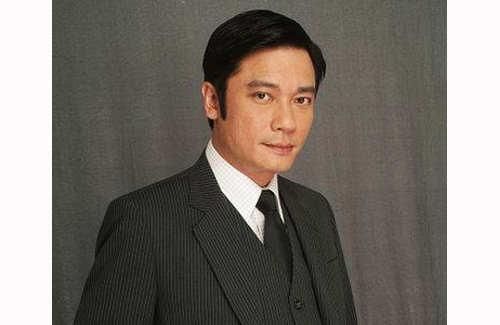 Gallen Lo’s (羅嘉良) father passed away this April at 83 years old. Days later, Gallen’s daughter Sela Lo was born. Due to the conflicting incidents, Gallen eventually asked his ex-wife Clare Fong (方敏儀) to prepare for his father’s funeral. When news reports surfaced that Gallen was absent at his father’s wake, Gallen was branded as an irresponsible son.

Gallen’s Wife and Ex-wife Have Dinner Together

It was rumored that Gallen added an extra $8,000 HKD to Clare’s alimony in exchange to have dinner with his current wife, Sophie Su (蘇岩). When asked about this, Gallen responded, “My wife, son, ex-wife and I have had dinner numerous times in the past. We even got together for my dad’s birthday last year! I’m really lucky to have such an understanding family. It was rather difficult getting to this point in our relationship, so I won’t allow the reporters to twist the truth about us.”

In order to dispel further negative gossip from forming, Gallen released a photo of his family, with both his wife and ex-wife present in the picture. Gallen then explained that both parties have been accepting and considerate. “My ex-wife and I have already let go of our past. She has very high EQ [emotional quotient] too! I even remember when she offered to buy my wife a phone as well. It’s heart-warming to see everyone getting along.”

Despite the divorce, Clare defends her ex-husband and claims that the relationship between them is still good and that they remain friends. Clare said, “Although Gallen and I are divorced, it doesn’t mean that it’s entirely over between us. We have been together for more than 30 years and I have developed a close relationship with his family too. They treat me very well and I visit them often. I’ve already let go and I think we can still be friends.” Clare even disclosed that she had dinner with Gallen and his wife three times already.

Even though the media has been harsh on Gallen for marrying Sophie shortly after getting divorced, Clare said that Gallen has been a caring father and responsible man. The media asked if he has increased her alimony, and Clare immediately answered that Gallen took initiative and automatically raised the alimony despite having large expenses himself.

Both Gallen and Clare also praised their son for his ability to adapt and possess an optimistic view. Gallen happily told the media, “I really admire my son; he has a lot of patience and integrity. I don’t see him often, but we send each other messages and always end off the conversation with ‘love u’.” Sophie also expressed that she enjoys spending time with Gallen’s son and that they get along very well.

Lastly, due to the number of rumors in paying his ex-wife to get along with Sophie, Gallen eventually told the media that he will seek legal actions against the tabloid that falsified the reports.