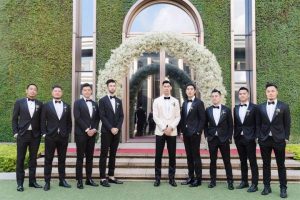 Some friends have chosen to pay tribute to Godfrey in unique ways. Taiwanese basketball player James Mao (毛加恩) held his wedding today, and Godfrey was meant to attend his wedding as a groomsman. During a group photo, James and his groomsmen purposefully set aside a space for Godfrey. James said, “Godfrey Gao’s space must be protected.”

What was meant to be a celebration of a happy union became a bittersweet farewell to a close friend. James payed tribute to Godfrey at the reception, sharing short clips of James with Godfrey, hanging out and having fun. Many guests broke down and cried. 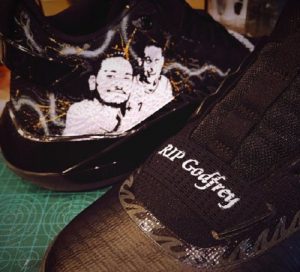 Former NBA star Jeremy Lin (林書豪), who is currently playing for the Beijing Ducks of the Chinese Basketball Association, chose to pay tribute to Godfrey in the form of kicks. Jeremy designed a pair of new shoes that had his picture with Godfrey printed on the ankles. The basketball junkies had been close friends for many years—while filming an episode for the basketball show Game On <我要打籃球>, Jeremy appeared on stage wearing Godfrey’s suit.

Although their relationship never went public, Godfrey’s girlfriend of three years, Bella Su (蘇湘涵), also remembered Godfrey on her social media. Bella, a non-celebrity, had flown to Ningbo with Godfrey’s family to arrange funeral proceedings. She had stayed quiet about Godfrey’s passing until today, when she finally updated her Instagram bio with the words “Whatever we are… you and I will always collide.” 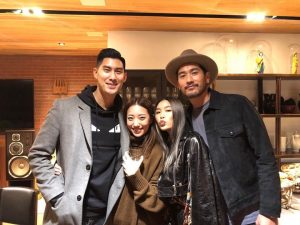 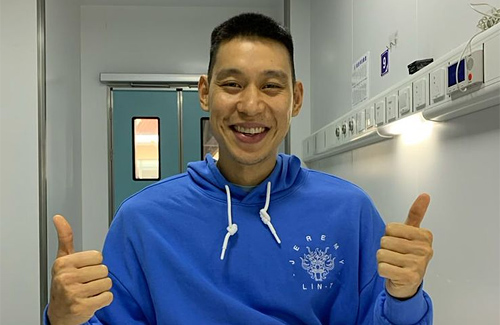 The former NBA star said he “didn’t see it coming,” and cautioned fans to also keep their guard up. 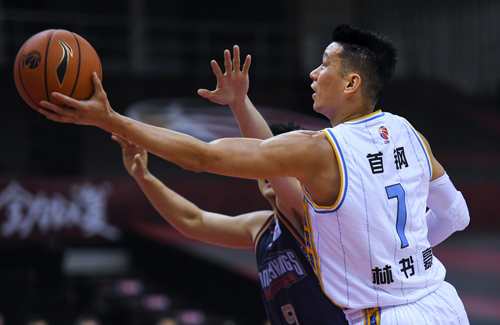 The move made many curious if Jeremy plans to switch his career to Taiwan. 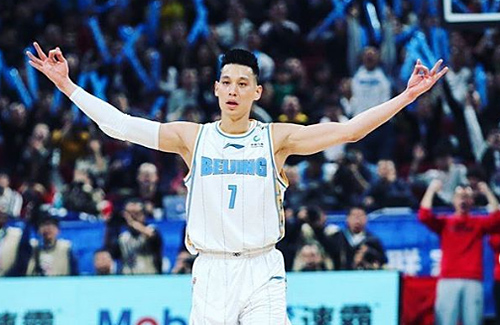