According to producer Stephen Shiu Jr (蕭定一), China 3D Entertainment has recently purchased the rights for A Moment of Romance and plans to film a fourth installment. The film will be inspired by a recent kidnapping incident involving graphic designer Queenie Law (羅君兒), granddaughter of the late businessman Law Ting Pong (羅定邦).

According to Shiu, he plans to cast The Election <選戰> star Gregory Wong (王宗堯) in Andy Lau’s role Wah Dee, a member of a gang who kidnaps a young woman and demands a hefty ransom from her family for her release. However, Wah Dee eventually falls in love with the woman and helps her escape.

As for the remaining cast of A Moment of Romance 4, Shiu is eyeing Taiwanese actress Michelle Chen (陳妍希) for the role as the young woman and Adam Cheng (鄭少秋) as her wealthy father. David Siu (邵仲衡) and Tommy Wong (黃光亮) are being considered to portray the kidnappers, and Liu Kai Chi (廖啟智) is in talks to portray a high-ranking police officer.

In regards to the reports about film being inspired by the Queenie Law kidnapping case, Shiu was asked if he was worried that the film may offend Queenie Law’s family. He clarified, “Actually, the focus of my film is the romance, and it will be an official installment of the A Moment of Romance series. The abduction case is merely a side-plot and I will only be using it as a blueprint for the script, so I don’t think this will affect the victim’s family.”

A director for A Moment of Romance 4 has not been hired yet, but Shiu wants Herman Yau (邱禮濤) to take the reigns. If all goes well, filming will begin in October 2015. 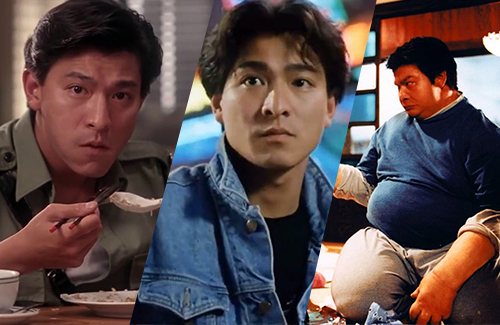