Chinese actress Guan Xiaotong (关晓彤) was spotted in Shanghai a few nights ago, visiting Lu Han (鹿晗) on the set of his new commercial late at night.

Lu Han and Guan Xiaotong confirmed their relationship in 2017, an unprecedented move by both artistes. Over the past three years, rumors ranging from breakups to marriages populated gossip mills, but one thing stayed true, and that is the couple are very private and low profile.

It was rare to ever see the couple supporting each other at work. That night, when she visited Lu Han in Shanghai, Guan Xiaotong tried to stay low profile by dressing all in black, including a black cap and a black face mask. The couple went out to eat after Lu Han finished his filming for the night. They stepped out of the restaurant with their staff and body guards. They entered their vehicle at different times.

Lu Han once said that he hopes to get married at around 27 or 28 years old. He explained, “My parents wanted me to get married earlier, and to be honest, I am also pretty traditional. It’s possible that in two years I might even consider retiring completely. My parents really want grandchildren.” 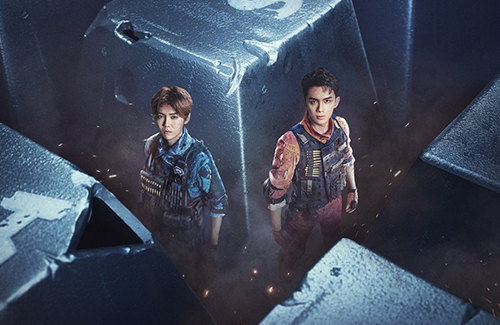