Dating for five years, Chinese actress Guan Xiaotong (關曉彤) of drama Twenty Your Life On <二十不惑> fame and 32-year-old singer Lu Han (鹿晗) are rumored to have tied the knot and will likely announce their marriage during Lunar New Year season! 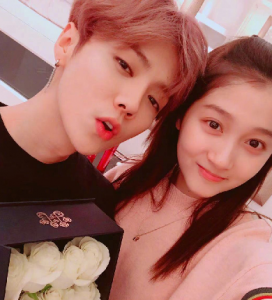 Similar to her character Liang Shuang (梁爽) in the drama, Guan Xiaotong feels that being 25 is a watershed milestone in life and therefore a suitable age to tie the knot, whereas Lu Han once revealed that he would consider marriage about 10 years into the industry. The celebrity couple has always been high-profile about their relationship and Lu Han has sweetly expressed his well wishes for Guan Xiaotong on Weibo for the past 6 years.

Recently, someone who claimed her sister was “a publicity staff in an entertainment firm” allegedly got wind of the news, and that they intend to publicly announce things during the upcoming Lunar New Year season, which falls in January next year. While yet to be officially confirmed, fans are already sending their congratulatory wishes for the compatible pair!