Above: Wu Lei and Chen Xingxu were already famous when they were little.

Did you know that many of today’s hottest Chinese celebrities were former child actors? Growing up in front of cameras, they have acquired charisma, screen presence, and plenty of acting experience. Here is a rundown of 10 stars who are currently making waves in Chinese entertainment. 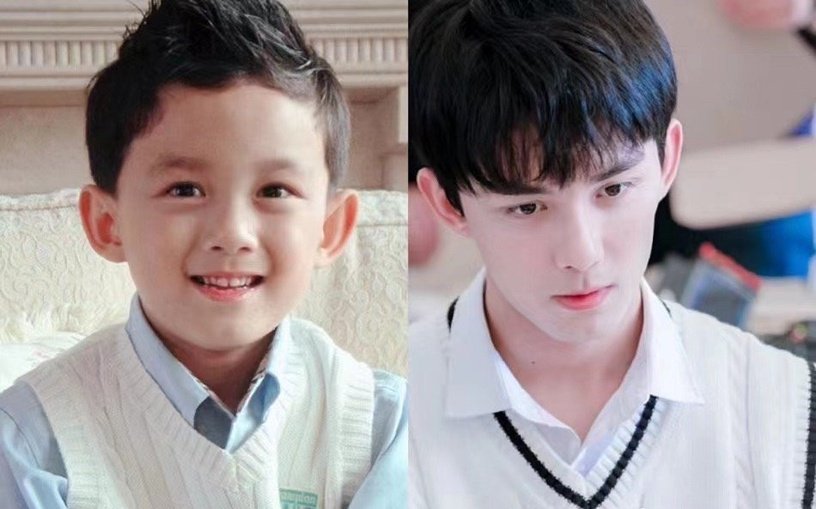 Leo Wu Lei’s (吳磊) role as Xiao Fei Liu in Nirvana In Fire (瑯琊榜) won over countless viewers, but he had actually starred in many dramas even before that, including a turn as Nezha in The Legend and the Hero <封神榜之鳳鳴岐山> when he was 7 years old.

Growing up in the public eye, he starred in 2018’s Battle Through the Heavens <鬥破蒼穹>, which was an important work marking his transition from a child actor to bona fide actor. 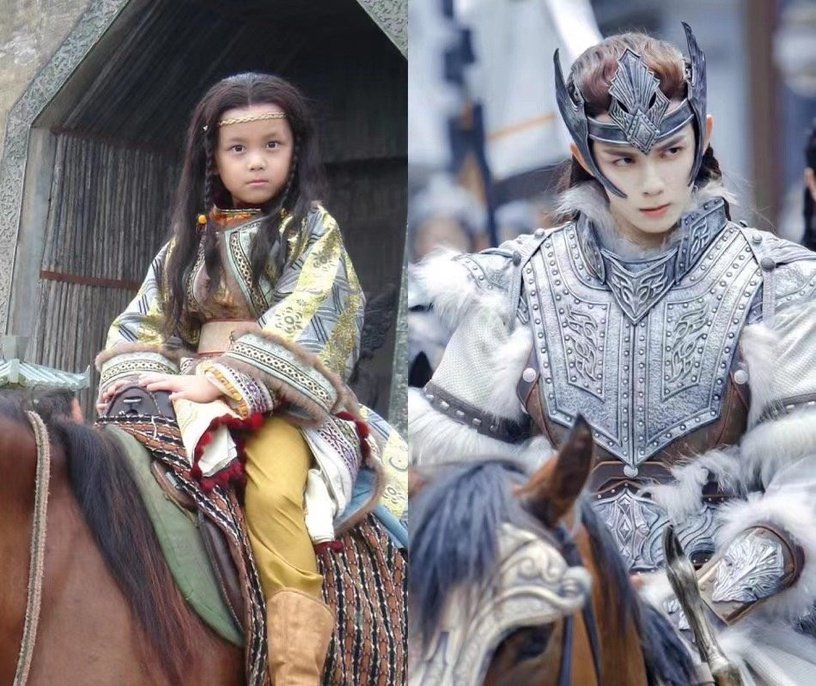 The 21-year-old further cemented his leading man status with his charismatic performance as a tribal prince in The Long Ballad <长歌行>. Wu Lei’s star power is undeniable, and as he embraces more mature roles, his career will undoubtedly continue to reach new heights. 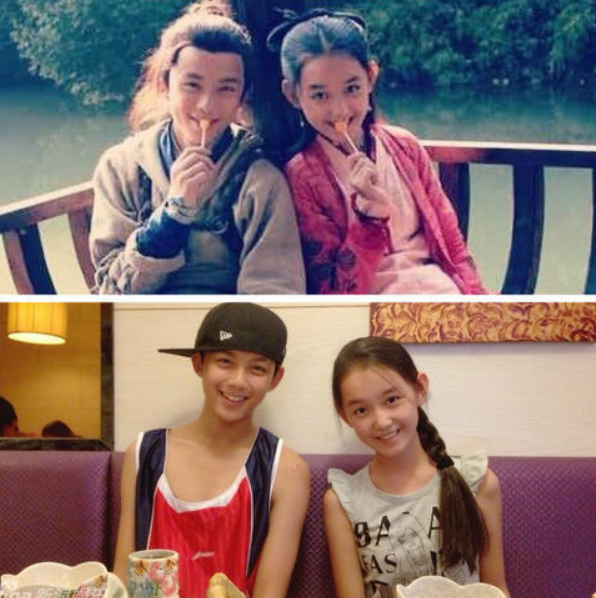 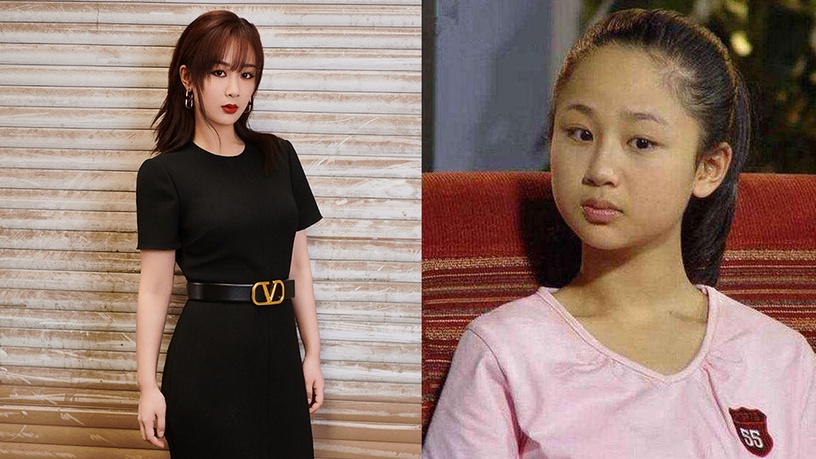 When she was 7 years’ old, Yang Zi (楊紫) officially debuted in Ru Ci Chu Shan <如此出山>, and shone again later in The Era of Emperor Kangxi <孝莊秘史>, making viewers sit up with her performance. 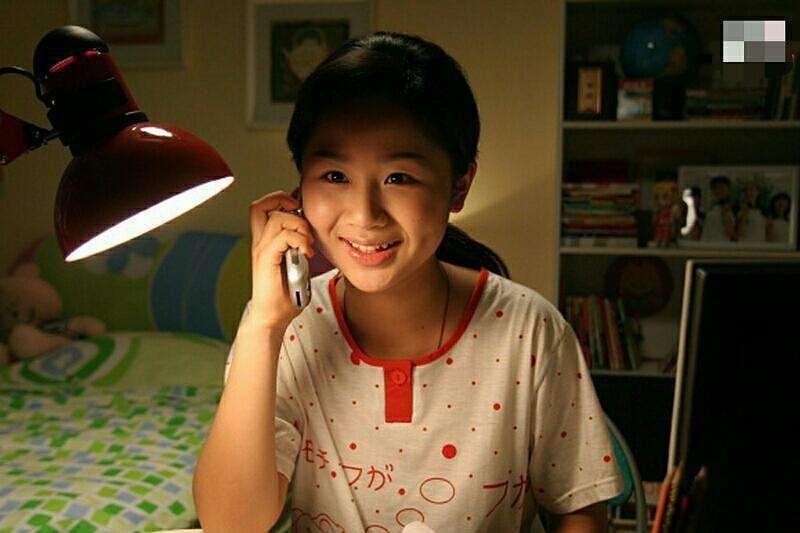 However, the drama which made Yang Zi a bona fide child star was Home With Kids <家有兒女>, a youth-centered comedy in which she played an energetic, vivacious character who won the recognition of countless viewers. The actress looks unchanged from her child-star years! 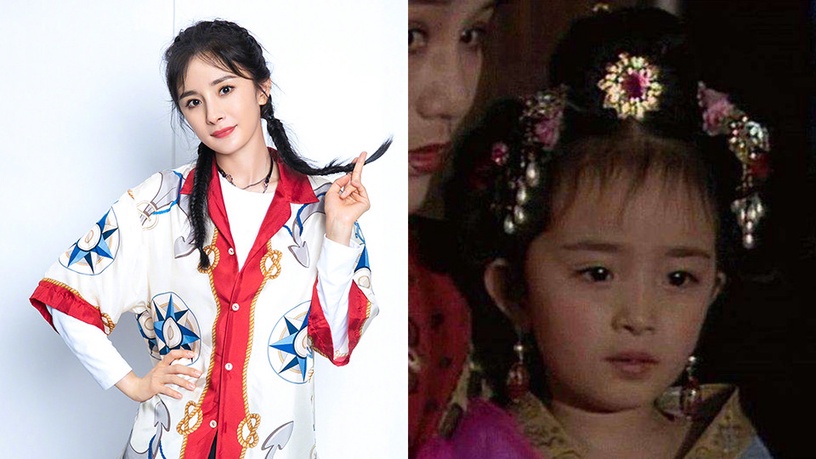 With her large, spirited eyes, Yang Mi (楊冪) easily stood out from the crowd even as a child actress. In 1990, then 4-year-old Yang Mi (楊冪) was talent-spotted by a director to star in her first period drama Tang Ming Huang <唐明皇>, in which she played Xianyi princess, the daughter of emperor Tang Xuanzong. 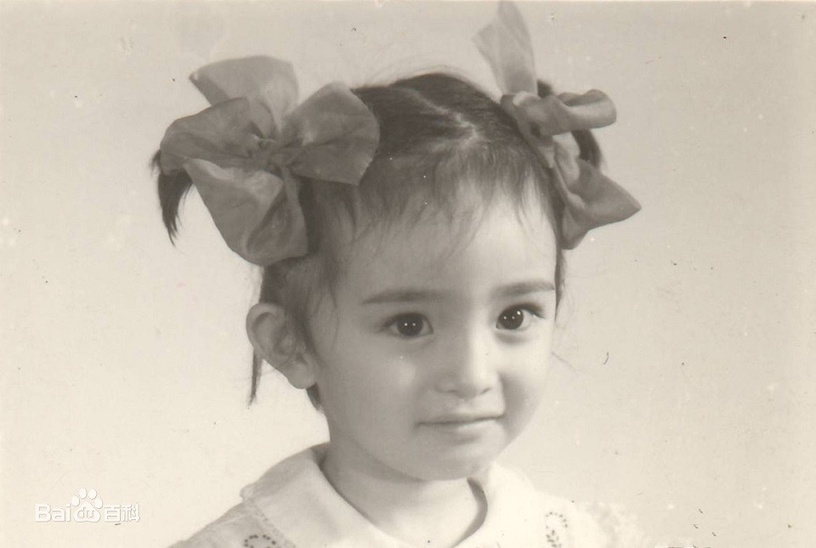 In 1992, 5-year-old Yang Mi starred in Hong Kong action comedy King of Beggars <武狀元蘇乞兒> as the daughter of So Chan. Growing up under the public eye, numerous photos of the actress from her early childhood to student years can be found online, including one where she has yet to remove her braces, but she looks almost the same. 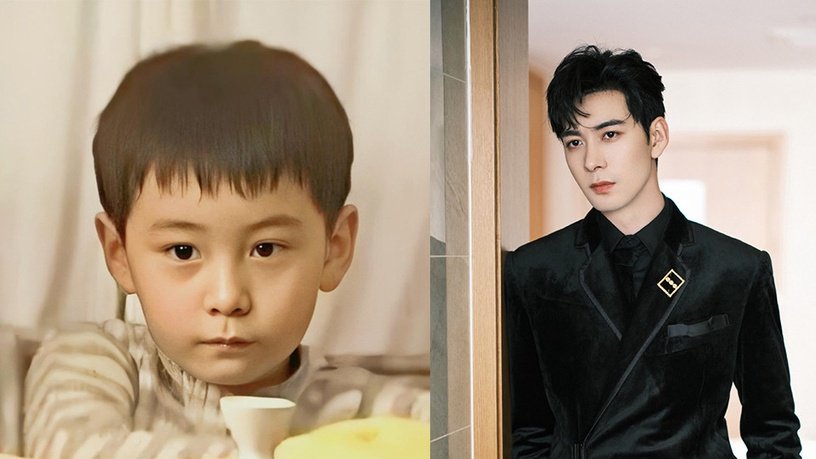 Although Goodbye My Princess <東宮> cemented his stardom, Oliver Chen Xingxu (陳星旭) was also a child actor. Discovered when he was visiting a zoo by a talent scout, Chen Xingxu filmed some commercials and starred in his first drama The Years of Passion Burning <激情燃燒的歲月>. Jiangmen Fengyu <將門風雲>, Golden Marriage <金婚> and Qiu Haitang <秋海棠> are some of his earlier works. 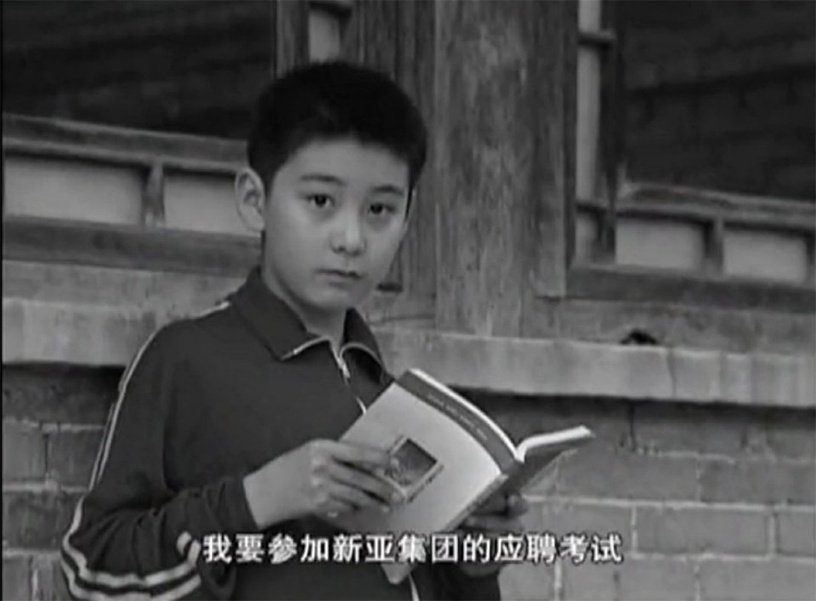 The 25-year-old exudes a mature appearance for an actor his age, and can be seen currently in military drama The Glory of Youth <号手就位>. 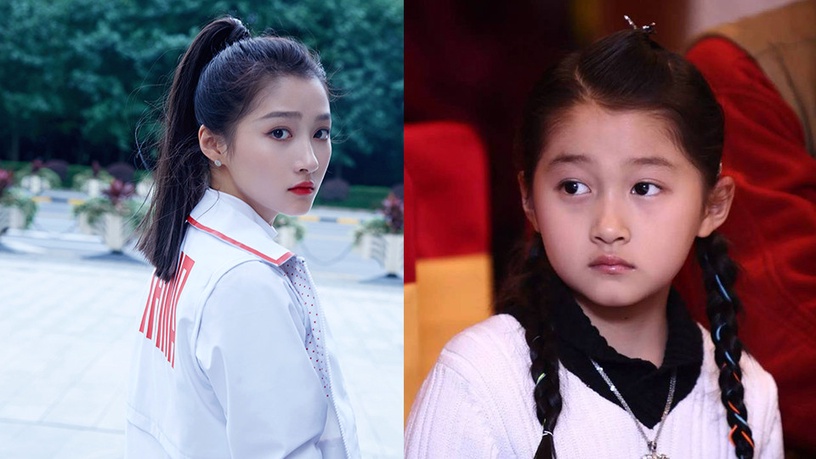 Since Guan Xiaotong’s (關曉彤) father is actor Guan Shaozeng (關少曾), her family’s strong connections allowed her to start appearing in dramas alongside her father at just 4 years old, and was nicknamed “Daughter of the People.” Productions she starred in include 2004’s Electric Shadows <電影往事> , 2003 arthouse film Nuan <暖> and Profoundly Affecting <驚心動魄>. 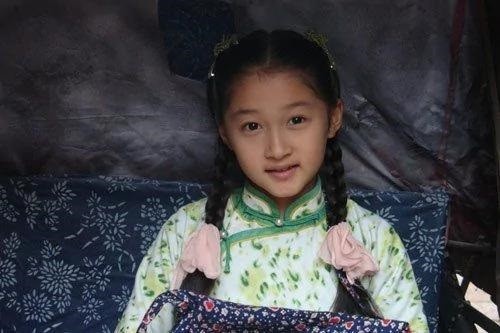 When she turned her focus to filming dramas, she had a hard time re-imaging herself due to her child actress persona, leading to lukewarm reception to the period dramas she starred in such as Novoland The Castle in the Sky <九州天空城> and Untouchable Lovers <鳳囚凰>. The recent Twenty Your Life On <二十不惑> finally saw her acting being recognized by audiences, becoming an important milestone work for the 23-year-old actress. 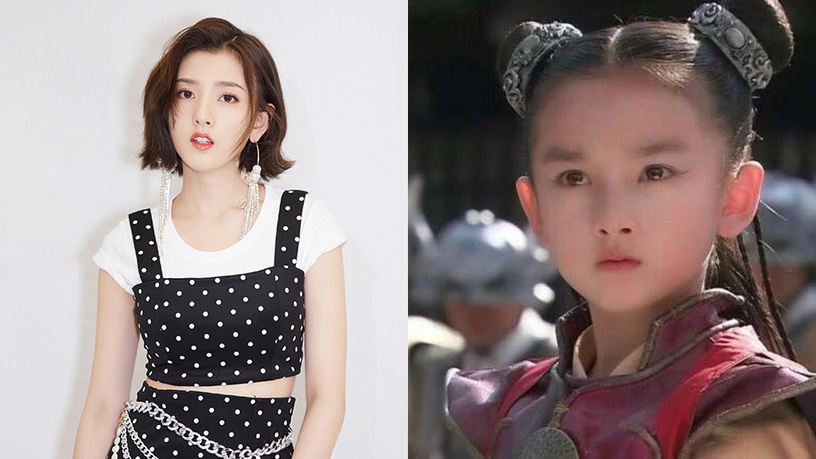 Like Guan Xiaotong, Lareina Song Zuer (宋祖兒) was a widely recognized child actress. When she was 7 years old, she made her industry debut with The Sea and Sky Boundless <海闊天高> and was widely known for her role Ne Zha in mythology fantasy Prelude of Lotus Lanterns <寶蓮燈前傳>. 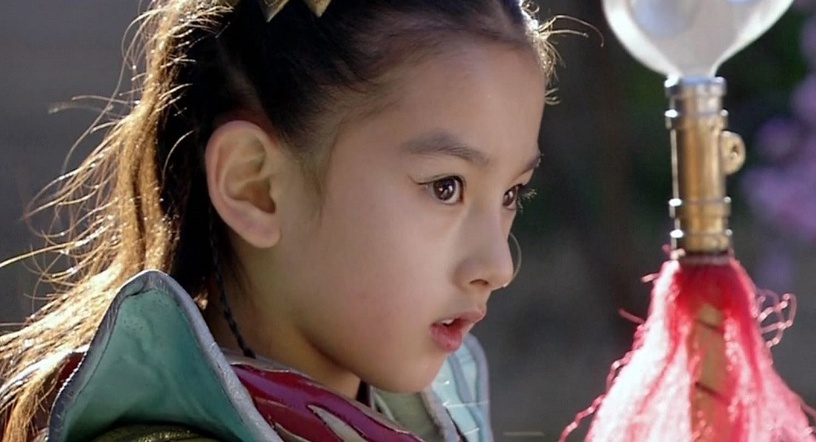 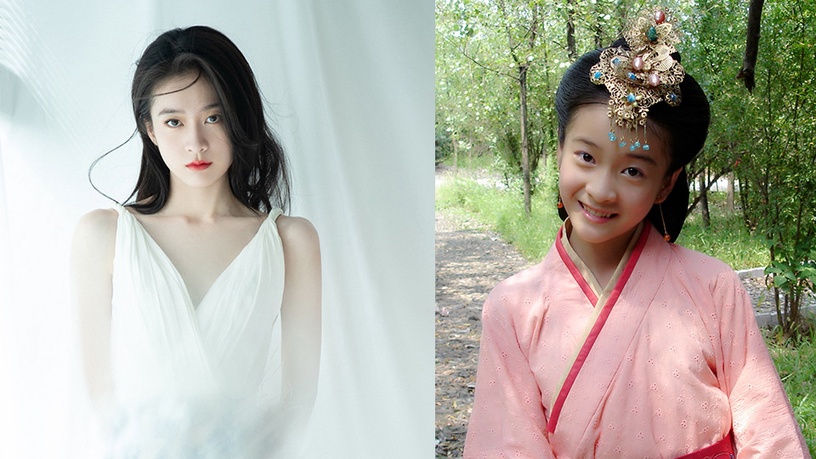 Labeled one of the “Four Actresses of the Post-95 Generation,” Sophie Zhang Xueying (張雪迎) started out as a child actress around the same period as Song Zuer and Guan Xiaotong. She had starred in Hero During Yongle Period <永樂英雄兒女> and again appeared in 2010’s Beauty’s Rival in Palace <美人心計> as the child version of Liu Piao princess, and had taken part in 10 dramas prior to that. 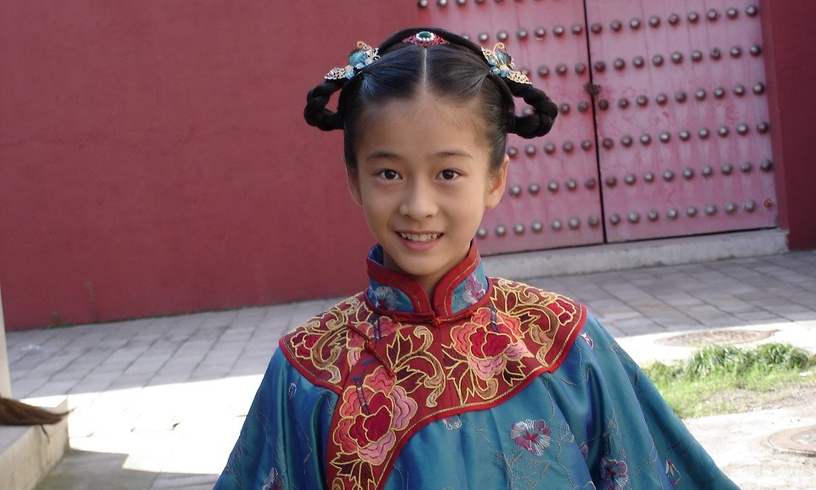 Making her transition from child actress to thespian, Zhang Xueying appeared in The Romance of the Condor Heroes <神鵰俠侶>, Love Yunge from the Desert <大漢情緣之雲中歌> and Ban Shu Legend <班淑傳奇>, but it was only in Princess Silver <白髮> that she found her own representative work. 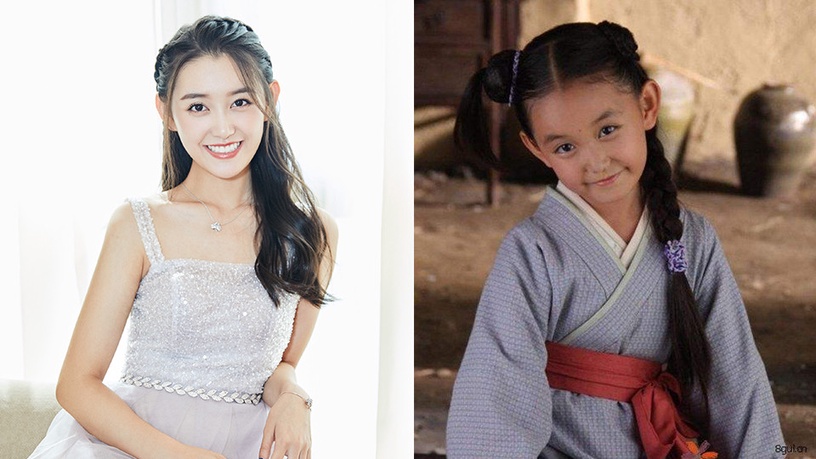 Born in 2001, Angelina Jiang Yiyi (蔣依依) is among a new batch of child actresses who are making themselves heard. Starring in her first commercial when she was only 1 year old, she racked up over 100 commercial appearances before turning 10 years of age. 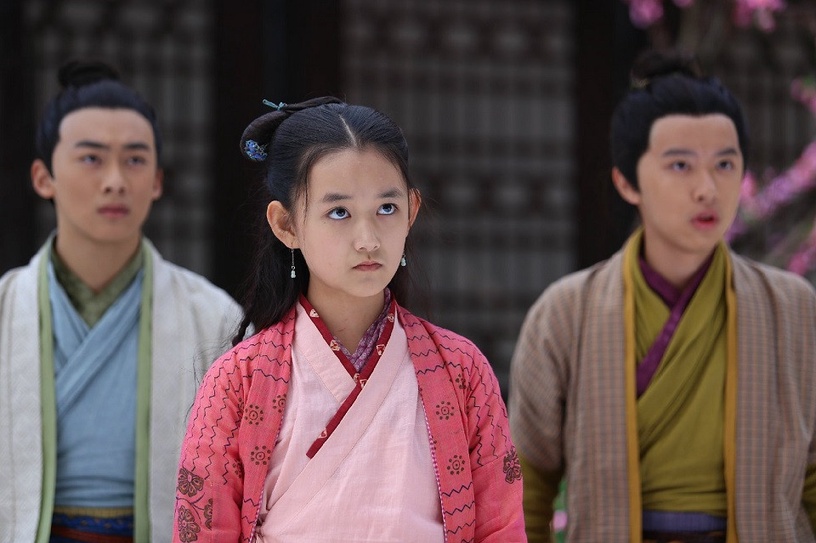 Often cast as the child version of many actresses, she had appeared as Nie Shen’ er in Beauty’s Rival in Palace <美人心計>, Yang Xue Wu in Prince of Lan Ling <蘭陵王>, Guo Fu in The Legend of Condor Heroes and Xia Yun Ge in Love Yunge From the Desert <大漢情緣之雲中歌>. Although recognized by most viewers and gaining attention in 2017’s Princess Agents <楚喬傳>,  Jiang Yiyi still lacks a representative work in her oeuvre and only had a guest role in the recent Love of Thousand Years <三千鴉殺>. 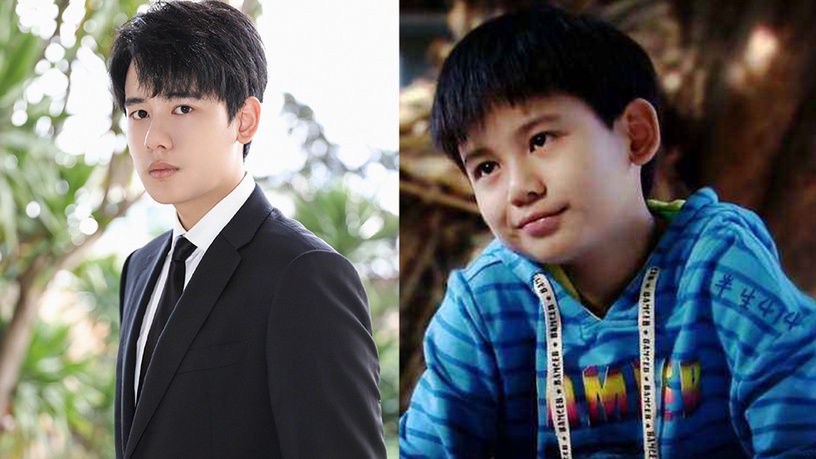 Doesn’t he look familiar? A well-known child actor, Hu Xianxu (胡先煦) starred as the young version of filial prince Yongcheng in Ruyi’s Royal Love In the Palace <如懿傳>, and as Xiao Yuanshi in wuxia drama Nirvana in Fire 2 <瑯琊榜之風起長林>. He was 9 years old when he starred in motivational film Xiao Jian De He Chang Tuan <小建的合唱團>. Born in 2000, Hu Xianxu is currently studying at the Central Academy of Drama and as such has yet to appear in recent productions. 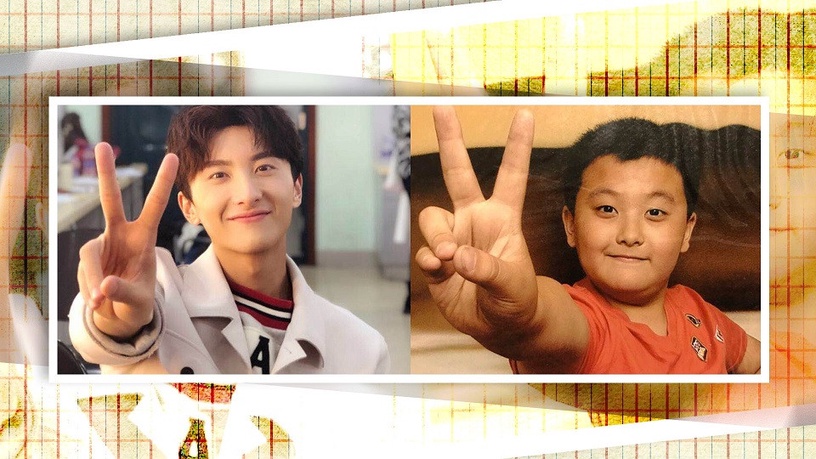 Niu Junfeng (牛駿峰) made an impression as Yu Banshan in Love O2O <微微一笑很傾城> and again as Yuan Song in Princess Agents <楚喬傳>. He had first appeared in 2002’s urban comedy Jia You Jiao Che <家有轎車> and never stopped acting since, metamorphosing into a handsome young man today! 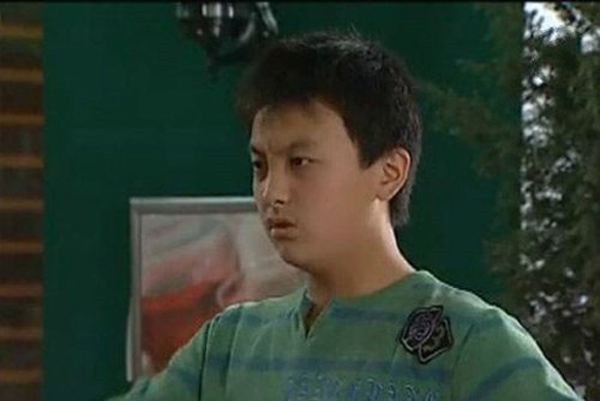 Standing out with his brilliant performance on the reality show Everybody Stand By <演員請就位>, Niu Junfeng received praise from famed director Chen Kaige (陳凱歌) and Vicky Zhao (趙薇). He also starred in 2019’s youth romance The Brightest Star In the Sky <夜空中最閃亮的星> as an affectionate supporting male lead and most recently charmed viewers as as Zhao Youxiu in Twenty Your Life On <二十不惑>. Despite being recognized for his acting chops, his popularity has not taken off as quickly.