The nominations for the 36th Hong Kong Film Awards are in, and it’s going to drop a few surprises.

On Tuesday, nominations for the 36th Hong Kong Film Awards were announced shortly before the start of the 41st Hong Kong International Film Festival. The awards will be held on April 9 at the Hong Kong Cultural Centre.

This year, first-time nominees are taking the spotlight, with the likes of Gordon Lam (林家棟), Richie Jen (任賢齊), Shawn Yue (余文樂), and Francis Ng (吳鎮宇) being nominated for Best Actor for the first time in their career. They will be competing against award-winning Tony Leung Ka-fai (梁家輝) for the Film King award.

Francis Ng, nominated for his exceptionally versatile performance in Shed Skin Papa <脫皮爸爸>, said, “I am thankful that I got this opportunity to shamelessly portray a 19 year old to a 79 year old. I enjoyed it! I am also thankful for receiving [a nomination] that exceeded all of my expectations. The filming process was stressful. Makeup took four hours a day, filming took 14, and then I had only 12 days to lose 20 pounds. Being young is hard!”

Gordon Lam, who won Best Actor at the Hong Kong Film Critics Society Award for his performance in Trivisa <樹大招風>, expressed, “I’m so happy! This prove that my efforts have not gone to waste! I’m even happier that Richie, Philip [Keung], and our film crew are nominated as well. Congratulations!”

Gordon’s costar Richie Jen, who is currently in the United States, responded to his nomination via phone, “My last HKFA nomination was when I was 17 years olds. I was nominated for Best New Performer. I did not expect this.”

Mad World <一念無明> actor Shawn Yue , also a first-time nominee, said, “I’ve receiving many blessings from friends, family, and colleagues. Eric Tsang (曾志偉) was the first person to call me. Thank you everyone!”

Dongyu and Sandra are grateful for the recognition. Both first-time nominees of HKFA, the Soul Mate stars humbly said they do not expect to win at the HKFA. “I’m already very happy that we got a nomination,” said Dongyu. 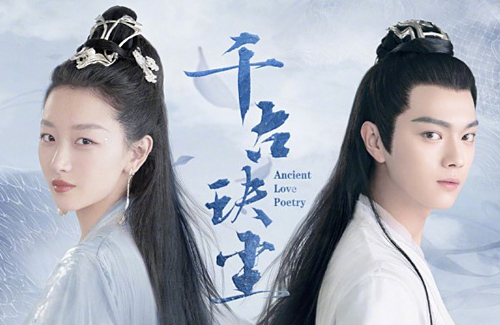