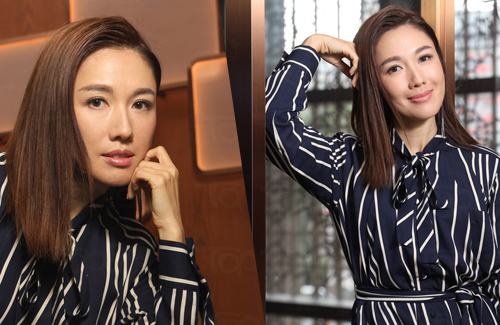 Stepping foot in the entertainment industry through her participation in the 2003 Miss Hong Kong pageant, Selena Lee (李施嬅) joined TVB soon after and has been in the entertainment industry for more than 16 years. Despite her sweet persona and starring in numerous dramas, Selena failed to reach any significant breakthrough in her career. It was only until she decided to leave TVB that her luck seemed to have taken a turn for the better.

In Barrack O’Karma <金宵大廈>, which was one of her last dramas before departing TVB, Selena’s double portrayal as “Coco” and “Alex” gained praise. In the currently-airing Forensic Heroes 4 <法證先鋒IV>, the 39-year-old actress is also noted for her convincing portrayal as a professional forensic pathologist.

Having been in the industry for so many years, Selena admitted that this was the first time she portrayed a physician. “When I was younger, I was influenced by my mother and wanted to become a doctor. In my high school biology class, I didn’t even have the nerve to cut open a frog during one of the experiments. I was afraid of the smell of blood, so I abandoned the thought of becoming a doctor.”

Preparing for Her Role as a Forensic Pathologist 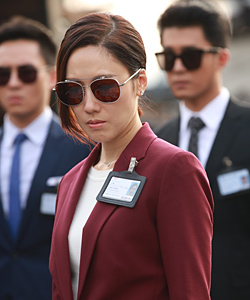 Starring as the main female lead in the Forensic Heroes franchise, which previously featured Yoyo Mung (蒙嘉慧), Charmaine Sheh (佘詩曼), and Maggie Cheung (張可頤), Selena made sure to do as much preparation work as possible by seeking out a forensic pathologist friend to understand their professional frame of mind.

She expressed, “The preparation leading up to filming was difficult. However, the most difficult thing was memorizing my lines. I have recited ancient Chinese idioms and thought that was difficult, but this was worse! Not only do you have to be articulate in your speech, but you also have to deliver quickly to make it believable. Fortunately, the screenwriter also did a lot of research, so I was assured that none of the wording was wrong.”

Although the fourth installment of the franchise was initially intended to air as an anniversary series in 2019, Jacqueline Wong‘s (黃心穎) cheating scandal significantly delayed its premiere. Many of the artistes also had to shift their schedules in order to re-film scenes. At the time, Selena had already terminated her contract with TVB. However, she willingly returned to re-film her scenes.

Selena reflected, “There were not a lot of scenes I had to re-film, because the majority of those scenes involved the relationship between Raymond Wong (黃浩然) and Roxanne Tong (湯洛雯). I only had several social gathering scenes. The most difficult thing about re-filming is working out everyone’s schedule. The most important thing is that we complete this project to the best of our ability.”

On Finding Herself and Exploring New Opportunities

Many feel that the 39-year-old actress is brave for leaving the safety nest of TVB and stepping into the western market. This thought seeded in Selena’s head five years earlier when her workload was becoming scant at TVB, which forced her to look elsewhere for jobs and income. “At the time, I went to many different places to audition. I felt that there were many doors and opportunities for me to open and try out. I have to look forward and try out new things. I realized that a path is made when you decide to walk that road.”

Reflecting on her life and career path, Selena emphasized that she has no regrets. “Each person and every career has its pressures and obstacles. The most important thing is your mindset. I would not choose to live as someone else or live my life a second time. The reason that life is exciting, fresh, and remarkable is because you only live it once. That is why we want to do our best. I am very grateful that I was able to become an artiste and bring entertainment and joy to the audience. I am also blessed to be surrounded by positive energy and by people who love me. All of this is priceless.”

Signing with American talent agency, Authentic, Selena hopes to grow her international presence. She was nominated for Best Supporting Actress title at the 2019 Canadian Screen Awards for her Canadian crime drama, Blood and Water <血與水>. Currently in Toronto to film season 3 for the Canadian television series, Selena will also continue to work in Asia if interesting projects crop up.

While persistent and unafraid to put in the time and effort for her career, Selena is a little more skeptical and wary about her romantic life. She shared, “I really don’t have time to date. However, I am ready to partake in a new romantic relationship. Currently, I am at the stage of getting to know someone. It’s important that my significant other is understanding of the pressures and difficulties of dating someone in the entertainment industry.”

On her ideal mate, Selena prefers her other half to be mature, respectful, ambitious, passionate about work, and someone who loves children and she is compatible with.

Selena Lee: From Riches to Rags, and Rags to Riches

Selena Lee Had a Hard Time Breaking Up with Patrick Tang

3 comments to How Selena Lee Carved International Opportunities for Herself