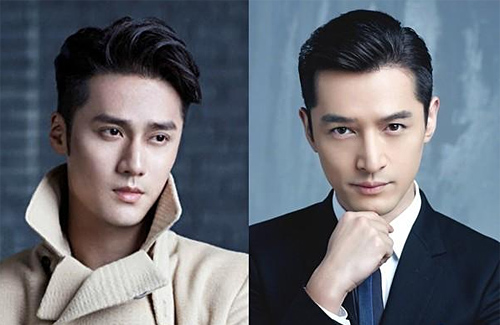 Many are still reeling in shock and disappointment over Jiang Jinfu‘s (蒋劲夫) domestic violence case, in which he battered girlfriend, Haruka Nakaura, during their dating relationship. After the 27-year-old Mainland Chinese actor turned himself over to the Japanese police today, Hu Ge (胡歌) expressed his sadness over the recent turn in events. 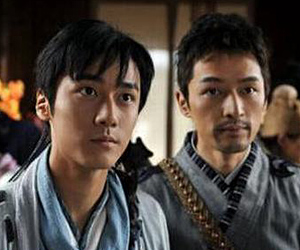 Filming together in 2011’s Xuan-Yuan Sword: Scar of Sky <轩辕剑之天之痕>, Hu Ge recalls their time spent together on the filming set. While he didn’t directly mention Jiang Jinfu’s name in his Sina Weibo post, it was obvious the actor’s arrest deeply affected Hu Ge.

“Something that happened today reminds me of him seven years ago. On that hot summer day, I saw a sunny teenager. His eyes, his smile, his childish and ridiculous questions, have stayed in my memories. I once felt that I used to be like [him]. When I heard the news today. I was very sad. Even many things have happened in the past few years, he will always be the bright boy in my heart. Okay, I drank too much tonight. I want to say life’s path is still very long. If you made a mistake, you made a mistake, but don’t fall down. We still need to restore the truth. I still remember seeing him crying for the first time over a martial arts stunt. He is like a young child. I am not defending him, but I am just really sad,” Hu Ge wrote.

The post resonated with other celebrities and fans, who also want to know the real truth behind Jiang Jinfu’s domestic violence case. Actor Sun Yizhou (孙艺洲) replied, “Just a while ago, my family had an incident. He was comforting me all along. I clearly felt his sincerity. Anyway, I believe in you. There must be [another] truth. I will wait for you to return.”