Natalie’s character has the ability to heal, although she was unable to save her sister who was pushed off the top of a building. Viewers have been quite harsh in their criticism for Natalie, complaining that she is too noisy, her out-of-focus eyes, and tired looks. “I already felt that she had gained weight after The Beauty of War <美麗戰埸>. She looks old and bloated here, nature really is unforgiving.”

Sophia Lam (林靖文), who plays the role of Natalie’s niece, was praised for her emotional delivery in the scene where she asks Natalie why her mother left and when she would return. In another scene, she chases after her father  (Carlos Ng 吳家樂), begging him not to leave her behind.

Ruco’s character has the ability to stop time, and he displays this power within the first two episodes, first saving Sophia from plummeting to her death and another time to allow Natalie into the morgue in an attempt to revive her sister.

Excited by the premise, viewers feel that the drama resembles i American series such as Fantastic Four and titles from the Marvel franchise.  They also s praised the realistic visual effects during the time stoppage and appreciated the producer and cast’s efforts. 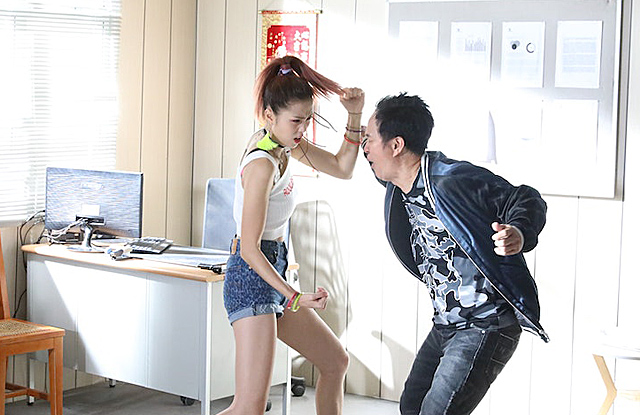 Tiffany has many action scenes in “I’ve Got the Power”.