Dubbed as the “King of Properties” in the entertainment industry, Taiwanese pop star Jay Chou (周杰倫) owns many properties overseas. Recently, a Mainland netizen put up Jay’s luxurious Harajuku apartment for sale and even mentioned the buyer could meet Jay in person to sign the contract. However, it turns out that the singer-songwriter has no intentions of selling the unit, but this incident exposed his entire home.

The whole fiasco began when Weibo user “Rabbit Daily News” posted a series of photos that referenced a netizen’s claim that he was selling Jay’s property in Japan. However, Jay immediately refuted the claims on his Instagram story last night. He angrily wrote, “Liar, do you want me to catch you and give you a beating?”

Still, the relevant parties did not explain how the netizen obtained photos of Jay’s spacious two-story apartment, which offers 7,718-square-feet of practical space, and two large terraces consisting of 800-square-feet and 3,000-square-feet. The size is comparable to Hong Kong’s luxury units.

Although the netizen did not mention the selling price of the property, it is estimated to be worth HK$198 million according to real estate websites in Japan. After the news was reported, netizens were quick to weigh in on the topic. Some people were stunned by the modern and elegant design of Jay’s luxury home, while others suspected the artiste ran into some financial difficulties and is cashing in on the house.

But Jay, who has a net worth of NT$5 billion, also has at least two luxury homes in Australia. Earlier this year, the superstar shared a few photos on social media that accidentally exposed his Australian seascape luxury home, which some netizens believe is located on the Gold Coast’s Clear Island Water with an estimated value of AU$5.11 million. More netizens discovered Jay purchased a Mermaid Waters mansion on the Gold Coast in 2015 for AU$2.65 million. Both Australian luxury homes are under the name of his wife, Hannah Quinlivan (昆凌). 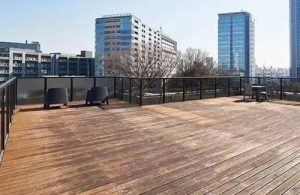