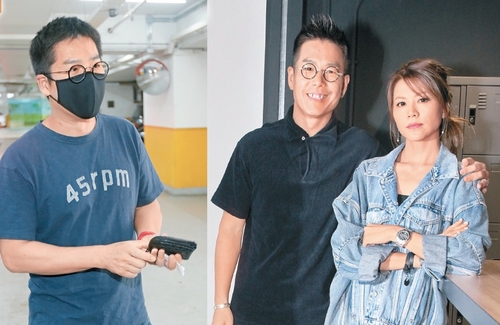 Jerry Lamb (林曉峰), 49, and Lily Hong (康子妮), 43, have been a model couple in the industry since they wedded in 2002. With Lily having bore two sons for Jerry, the actor has expressed his gratitude for his wife’s sacrifices on many occasions. Though the couple appeared very affectionate and loving in a reality show last September, rumors surfaced that they have signed their divorce papers on the third of this month, ending their 18-year marriage. 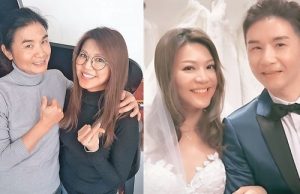 According to sources, Jerry tried to mend their marriage, but married singer Timothy Wong Yik (黃翊) got in the middle and prompted the divorce. Timothy, who is married to former host and singer Chan Chuen Ching (陳存正), immediately refuted those rumors. With his eyebrows furrowed, Timothy said he hasn’t heard about Jerry and Lily’s divorce. When asked if he meddled in the couple’s marriage, Timothy responded, “Me? Am I that popular? I am so confused.”

He admitted that he previously invited Lily to star in his music video and that the two have sung a duet at his concert. They also met with their manager for dinner a year ago, but they have not contacted each other since. When asked if he and his wife are very loving, he said, “Let’s not talk about that. From my perspective, we’ve grown accustomed to each other after being together for so long. I will do my best to take care of her.” 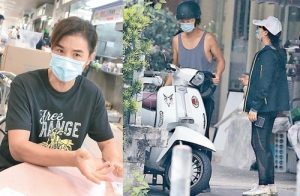 As for whether Timothy is worried about the rumors affecting his image, he expressed, “I was never considered a great husband. People say I am good, but I am not. I also don’t have time to have a mistress. I wish I had the time.”

After the impromptu interview, Timothy continued to work at his food stall, and later on, went home to pick up his wife. The two hurried back home when reporters began taking their pictures. 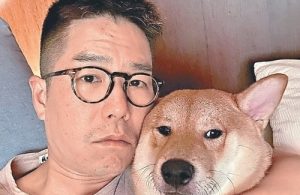 Reportedly, Jerry and Lily’s marital issues began last year, and Lily was already disappearing from the picture when Jerry took his teenage sons to Japan without her then. Though Jerry wanted to save their marriage, his wife already decided to call it quits. With the end of their marriage, Jerry deleted all of his photos featuring Lily from Instagram, including their 15th-anniversary photo and a family photo from last September. To mend the pain from his failed marriage, he even adopted a Shiba Inu to accompany him. In July, he posted a photo of the morning light in the woods, and he wrote, “In life, there will be light. Everything will be better. We will be better together.”

After their divorce, Jerry turned his focus to his two boys. Last Sunday, he drove them to a Kowloon Tong restaurant, where Jerry had to sit alone due to the limit of two patrons per table because of the pandemic while watching a loving couple nearby. Afterward, they went for a walk around the mall before finally going back to their home in Tai Po. They bought the house together in 2014 for more than 8 million Hong Kong dollars. According to the Land Registry, the property was always under Jerry’s name, and they didn’t add Lily’s name until the end of last year when their marriage took a turn for the worse. It is believed that they wanted to divide their assets fairly for their divorce.

No Comments From Jerry, Lily, and His Sister 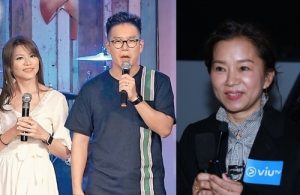 Although the divorce rumors are spiraling, Lily has not responded, and Jerry refused to comment on his alleged split when reporters approached him and his female friend in a parking lot yesterday. He remained calm, said that he would not be sharing, and wished everybody good health. Though the reporters tried hard to get answers, Jerry refused to address the matter and immediately left.

Likewise, Jerry’s sister, DJ Sandy Lamb (林珊珊), remained tight-lipped. She said, “I will let them handle this and for them to answer. I don’t want to interfere. Our family has nothing to share.” When asked if Timothy was involved in their divorce, she said, “No, that is not true.”

Reportedly, Jerry and Lily’s family and friends were already aware of their problems and are sad to see them split.