The annual TVB Anniversary Awards were successfully held on Sunday, December 13, honoring TVB’s television achievements of 2015. Carol “DoDo” Cheng (鄭裕玲), Sammy Leung (森美), and Wong Cho Lam (王祖藍) hosted the event, presenting 15 major awards to TVB artists. Winners of these awards were selected based on the results from audience vote and an evaluation from TVB’s professional panel. A new category, Most Popular Classic Drama, is entirely determined by the public. A total of of 582,194 unique votes were collected throughout the voting period.

“Every award ever won by an actor represents the hard efforts of many people,” said Anthony in his winning speech.“It should be respected. I hope that many artists will continue to work hard for our honor!”

Meanwhile, Ghost of Relativity <鬼同你OT> star Nancy Wu (胡定欣) defeated costar Kristal Tin (田蕊妮) and won Best Actress, making her the first actress born in the 1980’s to win the honor. The 34-year-old actress broke into tears when she received her Best Actress honor, “I wasn’t expecting this at all! In my heart, Liza and Kristal have always been the best actresses. I really want to thank everyone for supporting me!”

Kristal Tin, on the other hand, won Most Popular Female Character. She won this same award in 2013, for Brother’s Keeper <巨輪>. Captain of Destiny <張保仔> star Ruco Chan (陳展鵬) won Most Popular Male Character with a grand slam in votes. “I really want to thank my mother for sacrificing her time to take care of me during my lowest moments,” said Ruco.“I also want to thank someone else who is very dear to me—I promise to only say it when I’ve achieved some results. I want to thank his strict teachings when I was younger. He is my goal, my father!”

The complete list of winners, including the top five nominees: 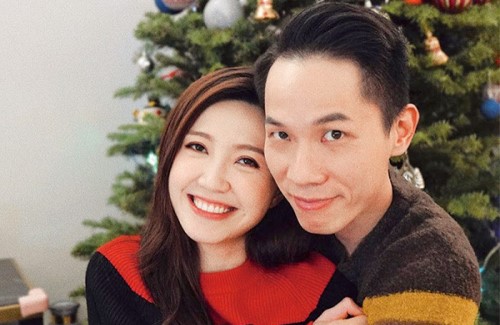