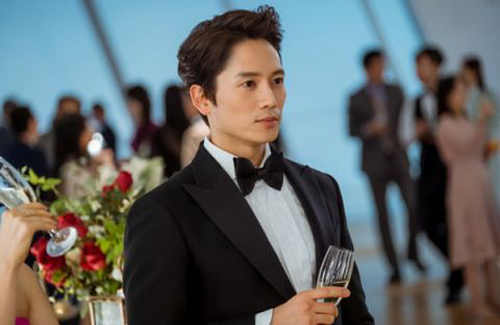 “No One Can Monopolize Justice” 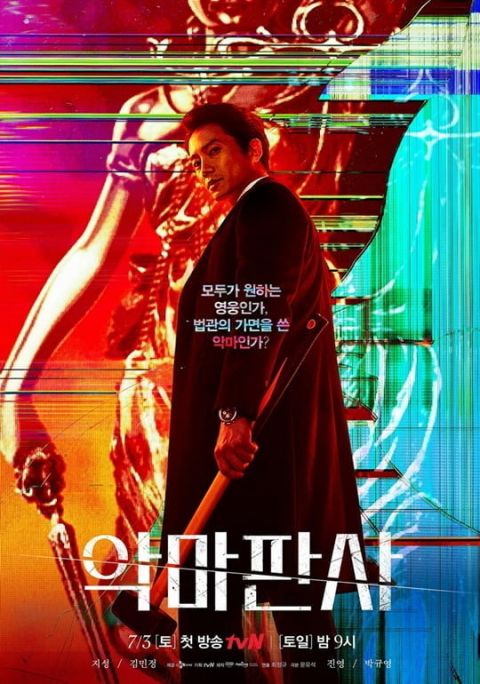 Starring Ji Sung, Park Jin Young, Kim Min Jung, and Park Gyu Young, The Devil Judge is set in a dystopian republic where the court is turned into a live courtroom show in which the entire nation participates. Actor Ji Sung appears as the central character who leaves everyone wondering if he is the everyman’s hero he appears to be, or the devil in a judge’s mask.

In its official drama poster, Ji Sung’s character is dressed in a posh suit with the name “Millionaire’s inheritor”. Smiling warmly, one photo shows him as a honorable and charismatic judge who wins the adoration of many, while another shows him aiming his gun with a far-off expression, with his fearsome aura raising suspicion about his true identity.

Acknowledging The Devil Judge as a challenging role for Ji Sung, the production crew  added to the hype in their statement, “Just as an ‘actor’ is a respectable term, Ji Sung, who has become one with his character Jung Yo Han, has been impressing us with his acting on set continuously. Look forward to his new character transformation!”

The Devil Judge is helmed by Children of Nobody director Choi Jung Kyu and Ms. Hammurabi scriptwriter Yu Sok Mun (文宥碩). The drama will be aired on July 3, 2021, hot on the heels of the well-received MINE.