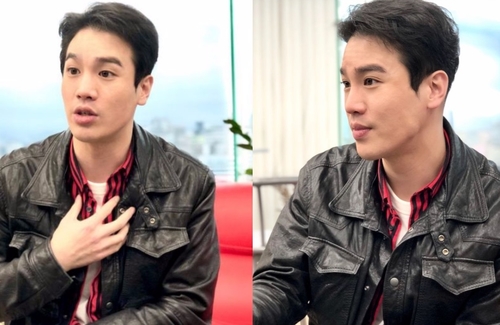 Taiwanese actor Joe Hsieh (謝毅宏) is another new generation actor to look out for. After gaining recognition for his performance in the Boys Love (BL) series, HIStory2: Boundary Crossing <越界2>, the actor ventured into the film industry and begun taking on various roles in films such as Breast and House <乳房> and Spicy Teacher <王牌教師 麻辣出擊>. Most recently, he tackled the horror genre in his latest film The Bridge Curse <女鬼橋> despite having a deep fear of ghosts. Still on the road to establishing himself as an actor, the 28-year-old looks forward to bringing happiness to people’s lives through his works. 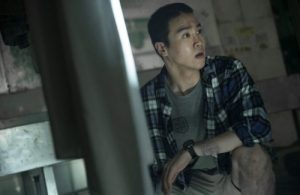 In The Bridge Curse, he portrays Song Ge, a senior with a cheesy personality who enjoys taking care of his juniors. Joe reveals he was offered the role because the director took a particular liking to his open and friendly aura. Having also previously played a funny character in HIStory2, Joe laughed and said, “I think I’m destined to play comedy!”

He further shared he believes the world needs more comedy-dramas, and he is willing to play supporting characters for the rest of his life if he can bring great happiness to people. Joe said, “I always think of myself as very lucky. People need to cherish what they have and maintain a positive outlook when going through challenges.”

Hence, he is not envious of good friend Patrick Shih‘s (施柏宇) success. In fact, both his former HIStory2 costars, Fandy Fan (范少勳) and Patrick achieved great success – the latter with the highly appraised drama Someday or One Day <想見你>. Joe expressed, “Everyone has their own destiny! They have both found their most suitable character, and I’m just waiting to meet mine as well.”

He added with a smile, “Just like my character Song Ge in The Bridge Curse; only I can portray that character. They won’t be able to play him better than me!”

Happy for his friends’ achievements, Joe hopes to also walk on the same path of success with them someday, as their success motivates him to work harder.