TVB drama Communion <回歸> co-stars Joey Thye (戴祖儀) and Kalok Chow (周嘉洛) got along extremely well during filming. Although not friends prior to the drama, they grew close on set due to similiarpersonalities.

As Joey has not filmed a lot of action scenes, she pointed out how Kalok took good care of her safety. “Before filming each scene, we would try out  different angles and run through our lines. Kalok is a very detail-oriented and attentive co-star….This drama has a scene where I have to run out on the street full speed and fall to the ground rolling. Kalok was really sweet and used his body to help shield me from the fall.”

Behind the scenes, both connected through their playful and energetic personalities. She joked that their bickering scenes in Communion were inspired by their on-set interacations. “Kalok likes to prank people all the time, so I  oncecalled him an immature, idiotic elementary school kid. This inspired me to use the same phrase in the drama as well.” 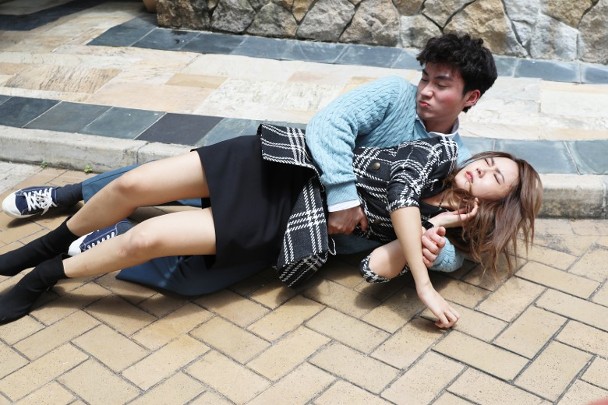 Behind the Scenes for “Communion”