Making her television comeback after a decade-long absence, actress Aimee Chan (陳茵媺) stars alongside husband Moses Chan (陈豪) in upcoming TVB production Romeo and His Butterfly Lover <羅密歐與祝英台>. Crew members spilled that the lovey-dovey couple address each other as “Honey” and “Baby” on set!

Channeling Androgynous Chic
Married for nine years, the Miss Hong Kong 2006 winner had turned her focus to family life and caring for their three kids, who are now of school-going age. As her character channels a gruffness distinct from her real-life personality, Aimee confessed that it has been a challenge, on top of having to get used again to the rigors of filming after many years.

The mother of three said her Cantonese has grown rusty since she converses in English everyday, which made reading the script tough. Similarly busy with parenting duties and working on his own part of the script, Moses shared that his wife made use of a translation app to guide her.

Given their megawatt sweetness in real life, the two had to rein in their affection during filming, to create different vibes. “I was really, really nervous!” Aimee said about working with Moses. “Unlike our (characters), we don’t have friction in everyday life, (so we had) to have a distance between us, and go easy on the kissing scenes,” Calling Aimee’s role the tougher one between the two of them, Moses said she has received many comments, and has yet to take in all of the suggestions so far.

Sporting a chic haircut for the role and appearing in tailored pantsuits, the 41-year-old shared that she almost could not recognize herself. Seeing their mom’s cool androgynous look, her two sons have also been asking if she was playing an antagonist as they noticed her hand tattoo. Accidentally hurting her waist while going through physical training for her many action scenes, she is thankful to have already recovered.

Kalok and Kayan Warm Up for Intimate Scenes 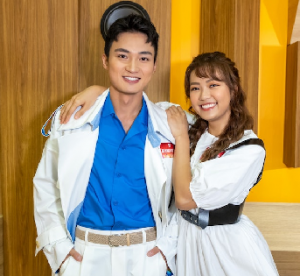 Meanwhile, Kalok Chow (周嘉洛) and Kayan Yau (游嘉欣) play Romeo and Juliet, a couple who fall in love at first sight. To break the ice and get ready for their onscreen roles, the two have been interacting on social media to know each other better. Asked if he had to inform rumored girlfriend Jeannie Chan (陳瀅) to pre-empt her about his intimate scenes with Kayan, the 26-year-old laughed and replied, “Nothing to do with (Jeannie),”

Kayan revealed that she has yet to meet someone whom she fell in love with at first sight, and that Kalok and herself had burst out laughing after just a second of looking after each other. “Kalok really tickles my funny bone,” said the actress, while he praised her for being adept at humoring others to lighten the mood. 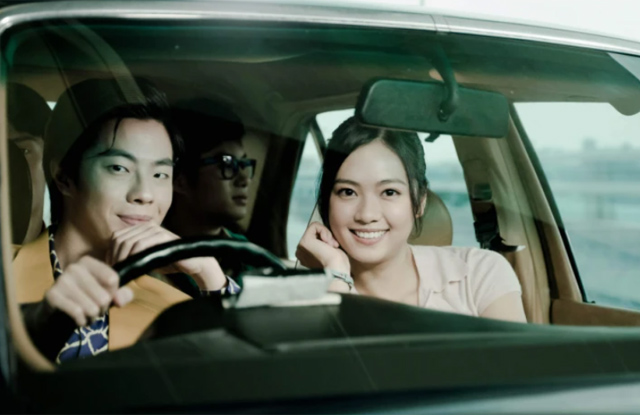 He calls the cheating rumors “ridiculous” and doesn’t know how they surfaced.