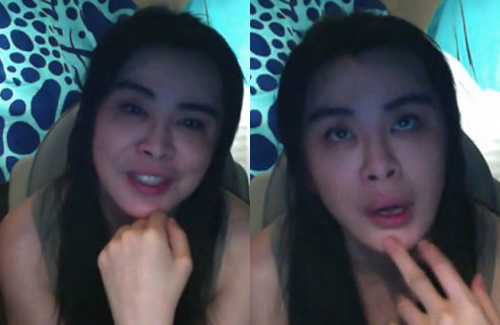 Former actress Joey Wong (王祖賢) has caught the attention of the press again.

Forty-six-year-old Joey has been residing in Vancouver, Canada for eleven years since her retirement from the industry. Residing at Aquarius Mews in an affluent area of western Vancouver, Joey’s 2,000 square feet condo is valued at $8 million HKD. Living a quiet life from her old savings, Joey was rarely seen leaving her home, aside from the weekly gym runs and going out with friends and family. Even Joey’s Chinese neighbors never realized that they lived next to the Asian superstar.

Plastic surgery rumors came about when Joey briefly returned to Hong Kong to sell her house, valued at $19 million HKD. After the new photos of Joey were published, netizens speculated that Joey had gone under knife after noticing Joey’s taller nose and different eye shape.

Despite her friends’ attempts, a tabloid magazine reported yesterday that Joey did go under knife. The reports alleged that Joey suffered serious injuries on her face in a car accident last year, and she had to receive surgery to fix the scars on her face.