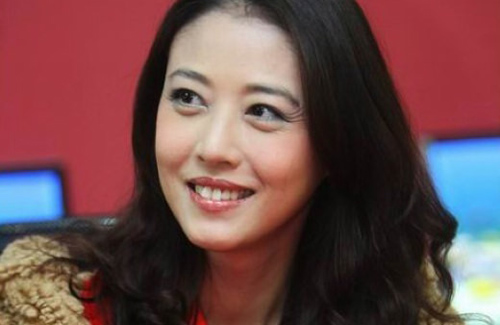 Kathy Chow (周海媚) debuted 29 year ago and was highly promoted by TVB in the 1980s and 1990s. Shifting her career focus to China, Kathy’s work output slowed down significantly in the last few years, allowing her to enjoy a slower-paced life with her architect boyfriend in Beijing.

“I’ve been lazy for more than two years, but I feel fulfilled during this time. There are different feelings during different stages. This is my life,” Kathy said.

Kathy chose to reside in Beijing primarily because of her boyfriend, who is nine years her junior. Since Kathy’s boyfriend was a painter and calligrapher before studying architecture, he did not know about her past as an actress when they initially met. “He didn’t have a television set at his house.” Kathy explained, “After he found out [about my past], our relationship was already firmly established, which was a great feeling. In Hong Kong, this would never happen as many people know who I am.”

Although Beijing has a strong paparazzi presence, Kathy and her boyfriend do not mind. Kathy revealed, “Yes, there are [many romantic dates]. I remember our first picture together was in Beijing when it was snowing. We went to Meridian Gate and there was a statue inside. We took our first picture there. He then took me to Yanqing to see ice statues. It was my first time seeing them – they were beautiful!”

Kathy Admits to Being Unladylike

During her early TVB career, Kathy was often typecast in elegant roles. In reality, Kathy was very tomboyish and active. Although her father asked her to participate in the Miss Hong Kong pageant because “girls are prettiest when they are 18 years old,” Kathy believes that his secret motive was for her to learn how to be more ladylike.

“When I was young, I had short hair. I often got into fights outside the house. One time, my mother received a complaint: ‘Your daughter hit my son until he got a nosebleed!”

It was Kathy’s personality and desire to roam free that prompted her to end her management contract with TVB, where she felt she was often typecast in “good-girl” roles and did not have any breakthroughs. “As a newcomer, I cannot object and I would do my best in whatever job the company offered me.”

After ending her TVB contract at the height of her fame, Kathy filmed movies and television dramas in Taiwan, Mainland and Japan. “I wanted to find different opportunities, to challenge myself. This is my personality.”