Starring in a new horror drama produced by Tony Hung (洪永城) and C-Kwan (C君), Kelly Fu (傅嘉莉) shared amusing stories behind the scenes of  The Haunted House Cleaners <凶宅清潔師>. Since C-Kwan and Kelly both fear ghosts, they did have their share of nervous moments on the set.

As the drama is Tony and C-Kwan’s production debut, Kelly feels honored to be chosen as the leading actress. In the drama, Kelly stars as an influencer who in her quest for fame turns detective, and would explore haunted places along with exorcists.

Although she usually avoids horror genres due to her sensitive physique and would easily feel uncomfortable, Kelly especially prepared for The Haunted House Cleaners by forcing herself to watch horror films in the company of a drama teacher.

Kelly reveals that C-Kwan is even more timid than herself, as he only dares to sleep in hotels with the lights on. As a precaution, Tony has also especially arranged for a geomancer to pass a talisman to the cast, and they would light incense sticks before each day of filming. “They really have it tough–C-Kwan said it would be his last time, and he would not write any more scripts in future” as he has been staying up late every night to make revisions to the script.

“There are some frightening scenes, and the makeup is very scary too. Hope the audience can accept it, and that it can be aired on TVB Jade,” Kelly said.

Interview With the Cast: 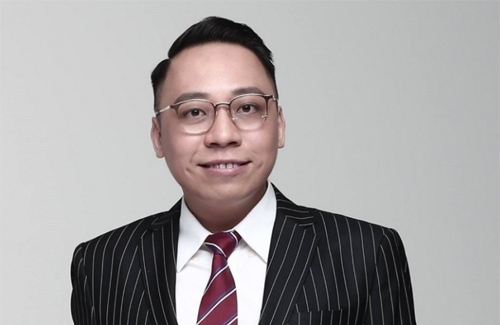