Kenix Kwok is Ready to Make a Comeback 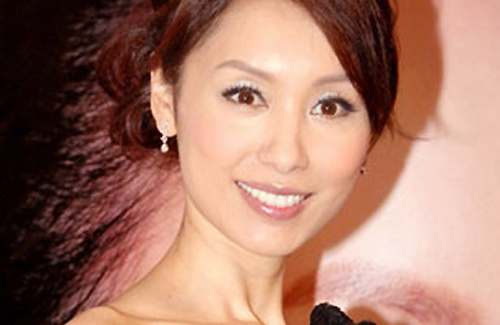 Since Kenix Kwok (郭可盈) gave birth to her daughter Tania Lam (林天若) in 2010, she took a hiatus from acting and hardly appeared in public. Kenix’s last series with TVB was 2009’s Born Rich (富貴門).

Although no longer with TVB, Kenix dispelled rumors that she has joined her husband Frankie Lam (林文龍) at HKTV. Though she admitted that Ricky Wong (王维基) has approached her a few times, Kenix is more comfortable in being a non-contracted artist. This allows her greater flexibility in spending time with Tania.

When speaking about Tania, Kenix smiled widely, “Looking after my daughter is the most important. My daughter needs me and I also need her.” She admitted she had a soft spot for her daughter. While she will threaten to lock 3-year-old Tania in the black room when the little girl misbehaves, Kenix does not have the heart to actually do it. Kenix does not believe in punishment methods because she does not want her relationship with her daughter to be strained.

Divorce May Not Be a Bad Thing

Recently, the media has been abuzz with Faye Wong (王菲) and Li Yapeng’s (李亚鹏) divorce. But Kenix feels that fans should not be too despondent over Faye’s divorce. She shared her philosophy, “Marriage is about fate. If you are unhappy, then it’s miserable to hang on to it. So divorce may not be a sad event. After divorce, there may be new hopes. In that way, everyone is also happier.”

Kenix and Frankie’s marriage is often under the scrutiny of the media, with past reports claiming that they are on the verge of divorce resulting from extramarital affairs on both sides. Due to these past rumors, Kenix feels the need to trust Frankie even more. She said, “In this industry, if two people do not trust each other, they will easily be torn apart by little things others come up with. Of course, trust is only earned after a long period of time.”

46 comments to Kenix Kwok is Ready to Make a Comeback