Having dated for 25 years and married for 16, the couple prove naysayers wrong with their familial bliss.

With TVB drama Life After Death <電腦程式設計師> approaching its finale, Frankie Lam’s (林文龍) steadfast character of protecting the one he loves but not easily declaring love openly has attracted the attention of viewers. In real life, Frankie’s 25-year romance and 16-year marriage with  Kenix Kwok (郭可盈) is the envy of many, but the relationship had weathered many challenges before everything worked out.

Kenix Delights in Being “The Woman Behind” Frankie

In recent years, Frankie has starred in several big-budget productions at TVB such as Another Era <再創世紀>, My Unfair Lady <不懂撒嬌的女人>. Drawing upon his experience in the television industry, Frankie was invited by former co-chairperson Jessy Lai (賴彩雲) in 2019 to assume the position of ATV’s new vice-president, which he took up under his wife Kenix’s encouragement and his own desire for a new challenge.

Since welcoming their daughter Tania Lam (林天若) in 2010, Kenix had fully left the limelight to focus on being a full-time mother and steadfastly accompanying Frankie’s ups and downs. Despite receiving numerous filming invites from producers these years, she had rejected all chances to re-appear onscreen, only agreeing to appear as the head of the judging panel for the Miss Asia pageant on her husband’s request. 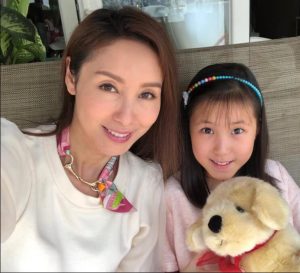 Despite admitting that the couple had experienced a phase of daily quarrels and even divorce, all of which left him feeling emotionally exhausted, Frankie managed to find a way to work things out.

As the less domineering between the two, Frankie chose to forgive and give in to Kenix, finding a position in which both parties could get along comfortably. He once said during an interview, “After every quarrel you learn something new, so that the next time you encounter a similar situation, you’ll know how to handle it better.”

Coming from a wealthy family made Kenix the more domineering of the two. Kenix revealed in an earlier interview, “I did not [want to] hurt him intentionally, but had impulsively shot my mouth off on many occasions. It’s a miracle that he hasn’t left after so many years.”

A Glass of Hot Tea Drew the Two Together

Coming from a humble family, Frankie had worked his way up to leading actor status. In 1993, he gained popularity after starring with Athena Chu (朱茵) in the drama Romance Beyond <都市的童話>. In 1995, he got to know Kenix when they collaborated on Down Memory Lane <萬里長情>. It was rumored that Frankie, who had been working many continuous hours on set, had an argument with the director over a matter. Just as he was in the heat of the conflict, he saw a glass of hot tea, which Kenix had placed nearby to calm him down. The heartwarming gesture also marked the beginning of their relationship.

Coming from a wealthy family, Kenix’s father Kwok Dat Cheung (郭達昌) was a legendary millionaire known for his plastic manufacturing business in Hong Kong. He owned a few listed companies, as well as assets in both Hong Kong and Canada. However, Kenix chose to kickstart her career in the entertainment industry via the Miss Hong Kong pageant instead of helping manage her father’s business. Despite not placing in the top three winners, she became a popular actress and found the love of her life through TVB.

While Kenix had been one of TVB’s top four actresses in the 1990s, Frankie was still only a rising actor, and was thus labeled as “eating soft rice” due to their financial disparity. Taking years of heat frustrated Frankie, which made him succumb to temptation and cheat with Chinese actress Vicki Dong (董維嘉). With the resulting media storm, Kenix stood by her husband at a press conference, clarifying that Frankie had been the victim of blackmail and declaring her faith in him. Thereafter, the couple experienced fallouts with their managers and a subsequent vengeful spate, but that trial only made their love even stronger.

Although she hardly showed up for any public events after becoming a mother, Kenix would update snippets of her blissful family life online, such as attending events and going on travels with her husband and daughter Tania.

Celebrating their 16th wedding anniversary this year, they did not have a fancy celebration, but Frankie had impressed Kenix last year for their 15th crystal anniversary with a huge bouquet of pink roses and three squirrel soft toys, along with a card inscribed with “Dear My Love”. Kenix, who had once labeled her husband as unromantic, praised him for his surprisingly sweet gesture on her social media. 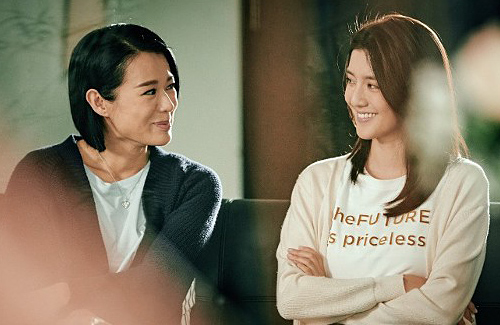 The two actresses are reportedly not getting along on the set of ViuTV drama, “Mature Strong Women”.