Currently in its second week of broadcast, Death by Zero <殺手> has impressed viewers for its refreshing storyline. The drama is off to a great start, and has stepped away from TVB’s reliable formulas from the past towards more sophisticated storytelling, characterizations, and style.

Good dramas have multiple elements–one is whether viewers can easily immerse themselves in the story. Death by Zero invites the audience into the world of assassins who live undercover as normal people with normal 9 to 5 jobs. As the drama interjects many elements of reality, the audience can easily suspend disbelief and barely even notices that the police are not investigating the numerous assassinations. 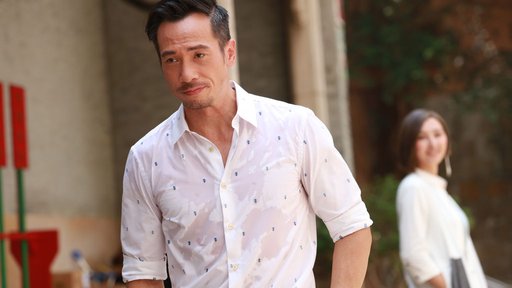 Secondly, good dramas must leave the audience wanting more. Many American dramas succeed through clever editing and have a short summary of the previous episode in the beginning of each episode. This helps jog the audience’s memory and prepares them to immerse back into the drama. Death by Zero added this element, and also ends every episode on a suspenseful note. The first episode ends with Moses Chan (陳豪) pointing a gun at Wayne Lai’s (黎耀祥) head. The second episode ends with Katy Kung (龔嘉欣) about to attack Wayne, and the third episode ends with Ali Lee (李佳芯) surrounded by gangsters.

A drama cannot survive on these small suspenseful moments alone–it also needs strong characters to uphold the story. As the story unfolds, each character’s motivations are cleverly revealed. Initially, the audience only knows Moses’ character as a top assassin who is enamored with Samantha Ko (高海寧). After five episodes, Moses’ true motivation is revealed; he wants revenge for his murdered friends. As for the other major characters, Wayne wants to make up for missing time with his long-lost daughter, and Ali wants to earn money so that her son can have a better life.

The story is also told in a more sophisticated manner. Death by Zero does not follow the usual routine of TVB dramas where characters spend a lot of time verbally explaining what had happened previously, assuming viewers have difficulty following. Instead, the drama uses sequences of events and the characters’ actions to tell the story, which creates a more natural flow to the drama.

Many viewers also like the style of the opening theme, which is filmed in a similar fashion to DC film Suicide Squad which uses a colorful animation style that was popular in the 1980s. A lot of thought was put into Death by Zero‘s opening theme, instead of the usual slideshow of clips from the drama. However, viewers are slightly disappointed that the drama is not filmed in the same style as its opening theme though.

Overall, Death by Zero marks a measured departure from TVB’s usual works. If it can continue to engage viewers, it may have a chance in becoming one of the best dramas of the year!