Produced by TVB, the action comedy series Death By Zero <殺手> premiered on Monday to solid fanfare. With producer Joe Chan (陳維冠) at the helm, the series about warring assassin factions. It stars Wayne Lai (黎耀祥) as the professional assassin Yim Mo, nicknamed “Yim Wong” in reference to the Chinese lord of the underworld, who is dealing with a damaged reputation as he struggles to maintain his relevance in a competitive industry. It also stars Moses Chan (陳豪), Ali Lee (李佳芯), Katy Kung (龔嘉欣), Elena Kong (江美儀), and Samantha Ko (高海寧).

The first episode starts off with a younger Yim Mo, who after successfully killing a triad boss in Taiwan, goes on an extended promiscuous spree of hooking up with random women he meets at nightclubs and parties. He makes out with a women on the backseat of a taxi, while the taxi driver watched with enthusiasm—many netizens expressed that the scene seemed to be a clap back at the Andy Hui (許志安) and Jacqueline Wong (黃心穎) cheating incident last year, though this particular scene was shot before the scandal happened.

In a flash, the episode takes viewers ten years into the future—Yim Mo is no bankrupt with a destroyed reputation. He returns to Hong Kong in hopes to find cheaper work. He receives a mission that offers him a million Hong Kong dollars, but the job is quickly snatched up by his opponent, Zero (portrayed by Moses Chan).

Meanwhile, Yim Mo strikes up an interesting relationship with the prostitute Lulu (portrayed by Elena Kong). Lulu is introduced as Yim Mo’s confidant, and his go-to person whenever he feels troubled or injured from his job as an assassin.

What do you think of the series so far? 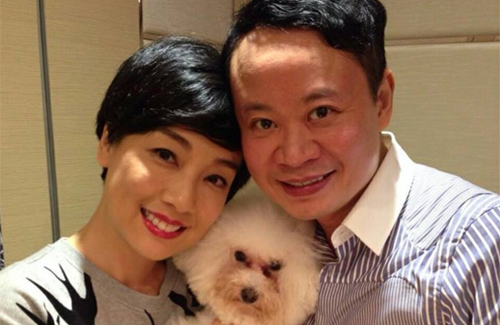