Themed “Realizing Your Authentic Self, Setting Dreams Ablaze”, nominees had to answer a series of interview questions, including how they planned to give back to society. “I entered the (entertainment) industry back then full of passion, and hope to share this spirit of tenacity with youths… they often have many ideas but might lack practical support, I want to see how I can help them, as I feel everyone should pursue their dreams and give their best shot while they’re young,” the 35-year-old enthused.

Emotional Health is Under-addressed
Sharing about her own brush with emotional illness, Samantha revealed that she suffered from alopecia and hair loss, in addition to thyroid issues. Recounting how she shut herself from the world at her lowest point, she recalled, “…No one could find me, (as) I rejected all attempts to contact me, for a period of six months. There was once when my grandfather died and I just kept screaming till I had to see the doctor for treatment, at the end I had to depend on myself to overcome (my own demons),” 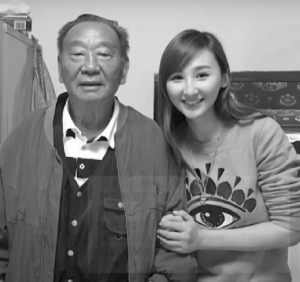 Having found the light at the end of the tunnel, she shared, “You have to learn how to deal with your emotions,” As an actress, she hopes that she can use her vocation to highlight the importance of mental health. “I think that emotional wellness is (even) more important than physical health, but many tend of neglect it, especially given our stressful lifestyles, and so we should care for those in our midst,”

Not want to limit herself as an actress, Samantha hopes to portray characters with emotional illnesses or psychological problems onscreen. “Because I’ve gone through it, it will be more authentic,” she said, putting aside any fears of a relapse.

Hopes To Have a Shot at TV Queen
Playing an amnesiac woman with the mental capacity of an eight-year-old in recently concluded drama Childhood In a Capsule <童時愛上你>, Samantha calls it a challenging role with plenty of room to maneuver, and one of her favorites to date. “The character underwent different phases, and each had to be navigated with precision”, she said. 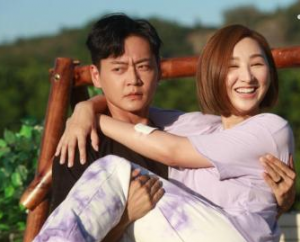 Delighted to receive encouraging feedback from viewers, Samantha specially held a livestream to thank fans. “I’m very touched…many netizens said they couldn’t bear to part (with the character) and left comments on TVB website hoping for a sequel, movie version or spin-off such as a sitcom, so (they) can watch it daily,” As some viewers commented on her performance as TV Queen-worthy, the actress also hopes she will have a stab at winning recognition for “Best Actress” at the end of the year!

Asked about actress Louise Wong (王丹妮) picking up the Best Newcomer Award at the recent 40th Hong Kong Film Awards, Samantha said that she is is overjoyed to hear about her good friend’s accomplishment, and hopes she herself will also be picked by (Louise’s boss) Louis Koo (古天樂) to act opposite the former on the big screen.

On whether she might be playing mentor to Best Male Supporting Actor winner Mason Fung (馮皓揚), who recently enrolled himself in TVB Artiste Training Class, Samantha humbly replied, “I look forward more to working with him, there’re many good actors at the company who can guide him along, such as Moses Chan (陳豪) and Wayne Lai (黎耀祥).”