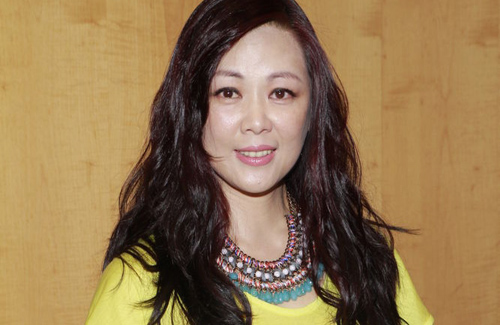 Although Kevin Cheng (鄭嘉穎) and Linda Wong (王馨平) broke up for more than a decade, they are still friends and stay in touch. Despite dating rumors between Kevin and several women in Mainland China, Linda confirmed that Kevin is still single and even asked her to play matchmaker.

Linda has slowly retired from the entertainment industry since her marriage to financial guru Stephen Lee (李家輝). Appearing recently on a variety talk show, Linda recalls her strict upbringing by her father Wang Yu (王羽) and discussed the details of her breakup with Kevin during the 1990s.

While her parents’ divorce did not affect her views on love, Linda’s father was a very strict parent who forbade her to date anyone in the entertainment industry. When Linda and Kevin dated, they were regarded by the public as a golden couple. However, under her father’s constant disproving glower, Linda and Kevin’s relationship died fairly quickly. Years have passed since her relationship with Kevin, but Linda says they still see each other occasionally to catch up.

Linda expressed, “At that time, my father didn’t support us. He made me promise to not date anyone in the entertainment circle. But love is not something a person can control and Daddy can’t control whom I wanted to date.”

Linda also slipped that Kevin is still single. “A lot of people ask me if he’s dating or not, but I rarely ask questions about others’ love life. However, last time when we had dinner, he told me he wasn’t dating and asked me to introduce some girls to him.”