Making his comeback Kids’ Lives Matter <星空下的仁醫> since leaving TVB five years ago, Kevin Cheng’s (鄭嘉穎) role as “Dr. Beard” is well-received, and there has been talk of him winning TV King for the third time. Although it is a great encouragement to win awards, he feels that younger actors would benefit more from the award as it could change their lives. Instead, the 52-year-old prioritizes his family time more than acting accolades.

Does Not Want to Miss Sons’ Childhood 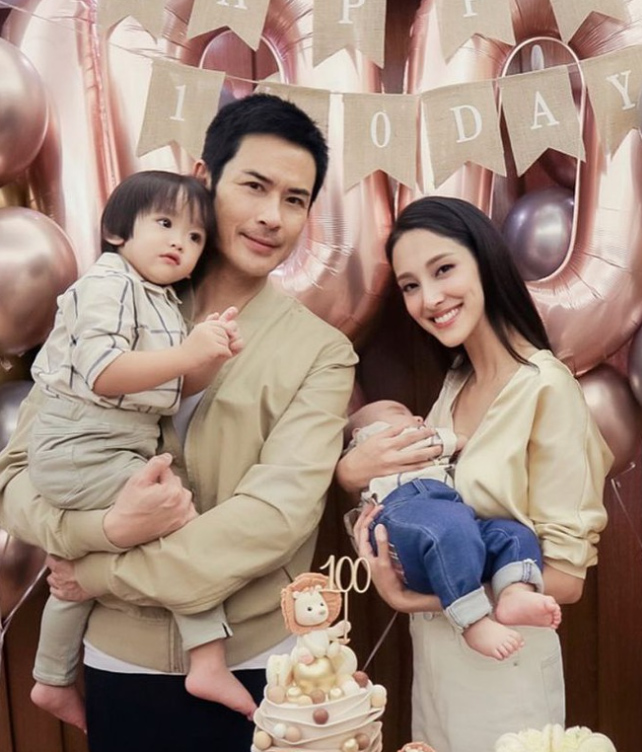 Scaling down his work for his family, Kevin gave up many opportunities to make money during the pandemic. “We have to undergo quarantine, so I haven’t gone to China to film dramas, reality shows, and events in the past two years. When I was filming Kids’ Lives Matter, I didn’t see my elder son much and he started to ignore me, which made me very sad. Now I go to the park with him every day, and he wants to be with me all the time. You can’t have everything in life–if I go to work in China then I will lose my sons, so I chose to prioritize my family.”

He shared that his elder son Rafael is like him, and is showing strong acting skills while his younger son Yannick is like his wife Grace Chan (陳凱琳). Both Kevin and Grace do not want their sons to enter the entertainment industry as they understand the struggles and pressure. “We turned down commercial offers for him. We’ll wait for him to make his own decision when he is 18 years old.”

If Kevin has the ability to stop time, he does not want his sons to grow up so fast because they are so cute and full of innocence. While he does reject having more children, he said, “We’ll leave it to fate. Having two little emperors at home is already a struggle. I’ve already become their servant at home!”

Makes Sure Wife is Always Happy

Kevin’s secret to maintaining a happy family is following the motto “Happy Wife, Happy Life.” He said wisely, “If your wife is not happy, don’t even think for a minute that you will be happy either. I always tell Grace to do what makes her happy.”

He does not mind Grace resuming acting either. “Even if she wants to film dramas again, I will support her. However, she is aware of how to balance her work and family because she also wants to spend more time with our sons. She chooses work that doesn’t require as much time. She’s really smart–a 200 percent wife and mother!”

With a stable career and family, Kevin is in the happiest stage of his life. “Now my goal is to take on roles that leave an impression on the audience. This is more important than winning awards.”