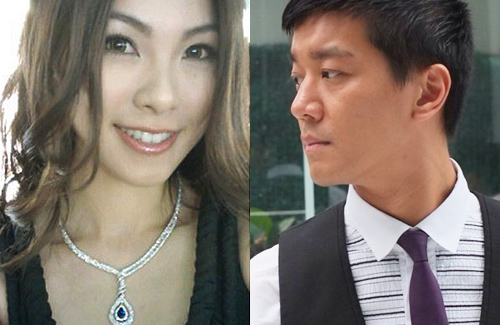 After meeting former Miss Hong Kong contestant, Nicole Lee (李潔瑩) three years ago, Lai Lok Yi (黎諾懿)  settled down. He even professed that he will marry Nicole after he completes his work obligations for the 500-episode popular sitcom, Come Home Love <愛·回家>.

Nicole comes from a rich background. Born to a millionaire father and mother, Nicole had participated in the 2007 Miss Hong Kong pageant but failed to be placed. She currently works as the general manager of her family’s beauty business, which has now spawned to 18 stores around Hong Kong. The Lee family’s assets are estimated to be worth $100 million HKD. Nicole moved out of her $40 million HKD and 3,395 square feet family home in Ho Man Tin to live with Lok Yi earlier.

Though tabloids praised Lok Yi for “snatching” a millionaire-dollar wife, Lok Yi refuses to rely on his girlfriend and vows to support her with his own money. Lok Yi’s sense of responsibility and diligence has earned the approval of Nicole’s parents.

It has been said that Nicole was willing to leave behind her sophisticated lifestyle to stay with Lok Yi. A tabloid magazine reported that the couple has been eyeing a village house in Sai Kung, and the pair were caught visiting the village two days ago. The went to Silverstrand Mart to meet up with an estate agent, who brought them to a five-acre three-story building at a Sai Kung neighborhood village. The couple plans to purchase the property on the first floor, the magazine reported.

Unfortunately, the neighborhood has a high crime rate, and recently its residents have been victims of theft and burglary. Would Nicole’s parents approve of Lok Yi’s purchase?