In Go! Go! Go! Operation C9 <C9特工>, Lai Lok Yi (黎諾懿) plays the corrupted yet handsome agent, B3, but in reality, he is a loving husband and father. When the 40-year-old isn’t spending time with his wife Nicole Lee (李潔瑩) and son, he is busy gardening or cooking. A family man all around, Lok Yi expressed that he and his wife are hoping to expand their family with another child soon. 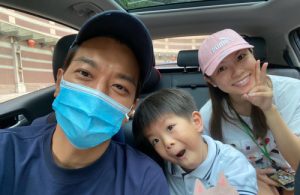 He shared that they really want a daughter to complete their family, but they might end up having a son again because a fortuneteller told him he wouldn’t have a daughter until the fourth time. Though he jokingly said that he wanted to beat up the fortuneteller for saying that, he believes that the gender of the baby will be up to faith.

Even so, Lok Yi is already thinking about becoming a dad to a baby girl. He expressed that he would favor his daughter more and would save the best for her since a daughter needs more comforting. Although he holds the philosophy of not spoiling his son with materialism, Lok Yi said he might not follow that when it comes to his daughter. Despite his strong desire to have another child, the couple has not had any good news yet.

“It isn’t a bad thing if we don’t have one this year,” Lok Yi said candidly. “If my wife were pregnant during the pandemic, we would have to implement even more changes to our work and lifestyle. If it did happen, I wouldn’t take many jobs like Detective Investigation Diaries <刑偵日記> because I would be scared of contaminating her since we can’t wear a mask during work. So it might not be bad at all.” 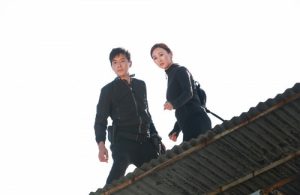 Still, Nicole is constantly worried about Lok Yi and always tells him to be careful at work, given that their son is only three years old. He said, “She told me not to go all out during filming like jumping down from the third floor. My assistant warns me too. Luckily, I did a lot of these things when I was younger. I have too much on the line now.”

Not to mention, there are a lot of things that the 40-year-old still wants to do, including training his body in hopes of taking a photoshoot “where he can show off some abs” with his son. He explained, “My wife enjoys watching Korean dramas with shirtless actors and constantly tells me to look at their amazing physique.”

Though Lok Yi is not bad himself and plays a good-looking fighter in Go! Go! Go! Operation C9, his usual self is quite different from his character. He said, “My wife says that she can easily find me in two places when I am not working: the wonton shop and the flower street because I love plants. My wife thinks I am like an older uncle because I also like to go to Bird’s Market.” 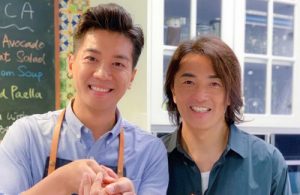 He continued to joke that he can tell he’s aging because his conversation topics with good friend Ekin Cheng (鄭伊健) are also changing. He shared, “I have known Ekin for a long time. We used to talk about fun and games, but now we recommend good doctors to each other. Our topics have changed according to our age.”