Making a breakthrough after his series Who Wants a Baby <BB來了> last year, Lai Lok Yi (黎諾懿) received a chance to host his own variety show, A Chef and a Gentleman <懿想得到>.

After 17 years in the entertainment industry and having spent the last decade playing supporting roles, Lok Yi was able to gain success through his comedic husband role in Who Wants a Baby in 2018. Because the series was well-loved by viewers due to its refreshing storyline, TVB greenlit a sequel that’s due to start filming in October this year. With the return of the original cast members, Lok Yi will be working again with Ali Lee (李佳芯).

Becoming good friends with Ali after filming, Lok Yi invited the actress as a guest on an episode of his new variety show, A Chef and a Gentleman, which aired its first episode on July 1.

Since he was deeply involved with the planning process, Lok Yi felt that the premiere of the show was like watching a new baby being born. From the start, Lok Yi wanted to create a program that ignited a sense of nostalgia, such as showcasing the different old-school eateries in Hong Kong.

To make the show more interesting, Lok Yi suggested inviting different guests to take part in each episode. Due to his amicable nature, Lok Yi had many friends in the industry and managed to invite Ekin Cheng (鄭伊健), Mat Yeung (楊明), Nancy Sit (薛家燕), and Steve Lee (李家鼎) to make guest appearances on A Chef and a Gentleman.

With 2019 looking like a great year for him, Lok Yi was asked if he thinks Who Wants a Baby 2 would help him secure Best Actor. The 39-year-old actor laughed and said he tries his best to meet challenges in every role, but the outcome may be beyond his control. Instead, he hoped for the more modest win of Best Host for A Chef and a Gentleman. “The most important thing is to set a goal for myself!” 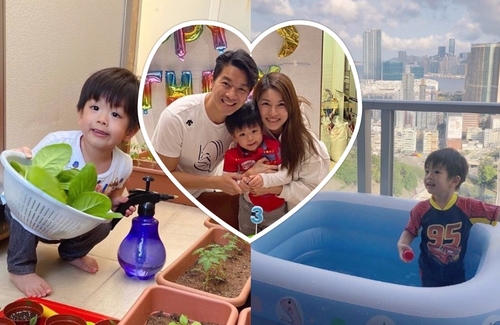