Former Korean boyband EXO members Kris Wu (吴亦凡), Luhan (鹿晗), and Huang Zitao (黄子韬) have been expanding their careers in China in every realm including television dramas, variety shows, and films while continuing to release new music singles. Luhan and Tao have been focusing on their acting careers, but unfortunately do not have many productions to their name. Along with Kris, EXO member Lay Zhang (张艺兴) is just as focused  on his music career  and variety show appearances. All four were neck-to-neck in popularity, but over time, two have emerged as leaders.

In terms of variety show appearances, Lay and Kris are the clear leaders. In the first half of 2020, Lay has five variety shows–he was a set guest on I Am a Singer-Songwriter 2 <我是唱作人2> and was a mentor on boyband competition show We are Young <少年之名> . He also participated in two episodes of the sixth season of Go, Fighting! <极限挑战>. Later in the year, he became a team leader on Street Dance of China 3 <这！就是街舞> and is currently filming for the second season of Forget Me Not Café <忘不了餐厅 2>.

Due to his versatility, he was able to achieve success in all areas of the entertainment industry. In 2015, Lay’s image as an innocent, obedient son on Go, Fighting left a good impression on the public and he has steadily accumulated his fan base in China. The following year, he filmed Chinese drama, The Mystic Nine Tetralogy <老九门> with William Chan (陳偉霆) and Zanilia Zhao (赵丽颖). In 2018, he was a mentor on reality show Idol Producer <偶像练习生> and won over many fans with his serious and strict personality. In June of this year, he released his new album Lotus <莲> and experienced another wave of popularity.

With many resources at his disposal, Lay is currently managed by Korean entertainment company, SM Entertainment, and they have created a workshop especially for him in China. They also have a working relationship with Easy Entertainment. 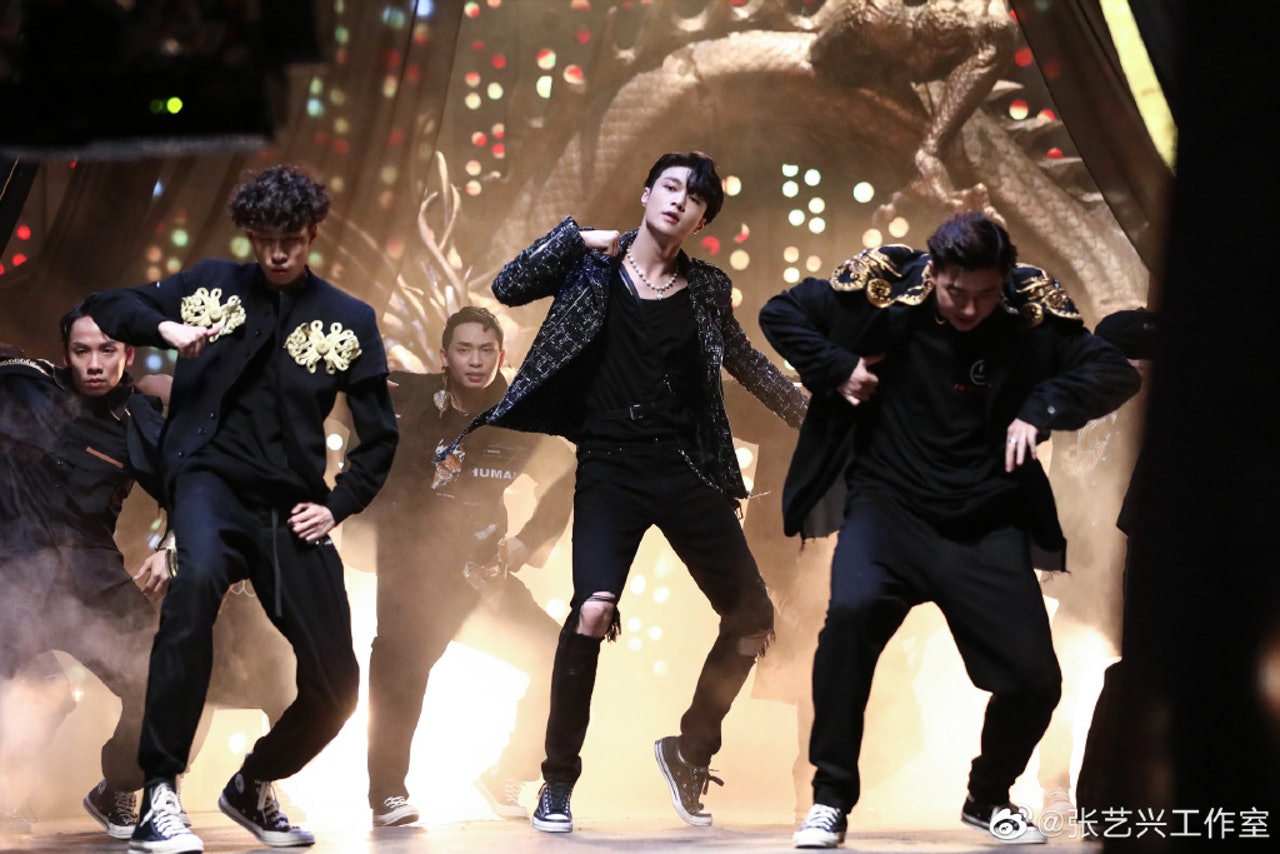 Kris has been a mentor on The Rap of China <中国新说唱> since the start of the show and continues his involvement in the third season, which will air on September 14. He also has a presence in the fashion world and has been a part of shows like Fourtry <潮流合伙人> and BLK946 <潮玩人类在哪里>  which will air on August 9.  As well, his singles “Big Bowl, Thick Noodles” <大碗宽面> and “Eternal Love” <贰叁> have achieved commercial success. Appearing in several high-profile movies in the past, Kris filmed his first drama The Golden Hairpin <青簪行> this year.

Earlier this year, Kris joined Luhan and Tao as mentors on Chuang 2020 <创造营2020>, the first time all three have worked together since returning to China. Though Luhan and Tao’s shows will be airing soon, but it is obvious that their exposure to variety shows pales in comparison to Kris and Lay.

Variety shows are extremely popular among younger viewers and allows Lay to be ubiquitous on television year round.  By sheer number of variety shows he is involved in this year, Lay also appears to have the upper hand over Kris.

Kris Wu and Lay Zhang Act Like They Don’t Know Each Other?