Lee Min Ho and former Momoland member, Yeonwoo, were put under the spotlight when Dispatch Korea reported the pair to be dating for five months. Photos released showed the two taking the same car, with following claims on their shared interests instantly sparking relationship rumors.

Dispatch reported Min Ho had invited Yeonwoo to his home on July 31 to celebrate her birthday at midnight on August 1. He had personally picked her up to go on a late-night movie date before driving to his place.

It was pointed out that Min Ho and Yeonwoo often enjoy their dates at home due to COVID-19 restrictions. A close source also revealed that they bonded over playing games and watching movies.

However, Min Ho’s agency MYM Entertainment was quick to explain, “The dating report is not true. They are just acquaintances, and there were also other friends present during the day that the photos were taken. These are not photos of them on a date.”

Starring a pan-Asian cast, “Pachinko” will air on Apple TV later this year.

The TV series is an adaptation of Korean-American author Min Jin Lee’s best-selling novel of the same name. It tells the story of Korean immigrants facing hardships in Japan. 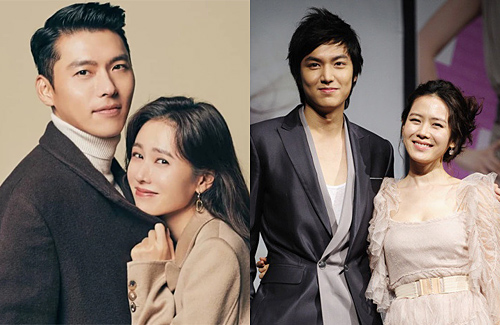