Shocking news of singer-songwriter Leehom Wang’s (王力宏) divorce with his wife of eight years Lee Jinglei (李靚蕾) was followed by damning revelations from her Instagram post detailing the Taiwanese-American superstar’s hypocrisy beneath an image of perfection. Trawling the internet in an attempt to uncover the singer’s “sex partners”, netizens discovered that Yumi Bai (白煒玲), one half of C-pop twin duo By2 had once posed a photo addressing the singer as “HomHom”, hinting at their close relationship.

Lee Jinglei had mentioned in her six-picture-post, “One day you did not call me after ending your Shanghai concert, and (I) couldn’t reach you even in the morning, later I realized you were drinking and partying the entire night with your sex partners, and even took all sorts of [indecent] photos. After that, post-marriage [you two] continued staying in touch, you already had me, [but] receiving a series of nude photos from her your birthday, you still replied happily, promised me not to have anything to do with her, [yet] I’d still realize you guys were at it time and again, and continued sending each other ambiguous messages, there was once you had a work event with her and you didn’t want me to go along, after that she even called you “HomHom” in an IG post, then deleted it,” 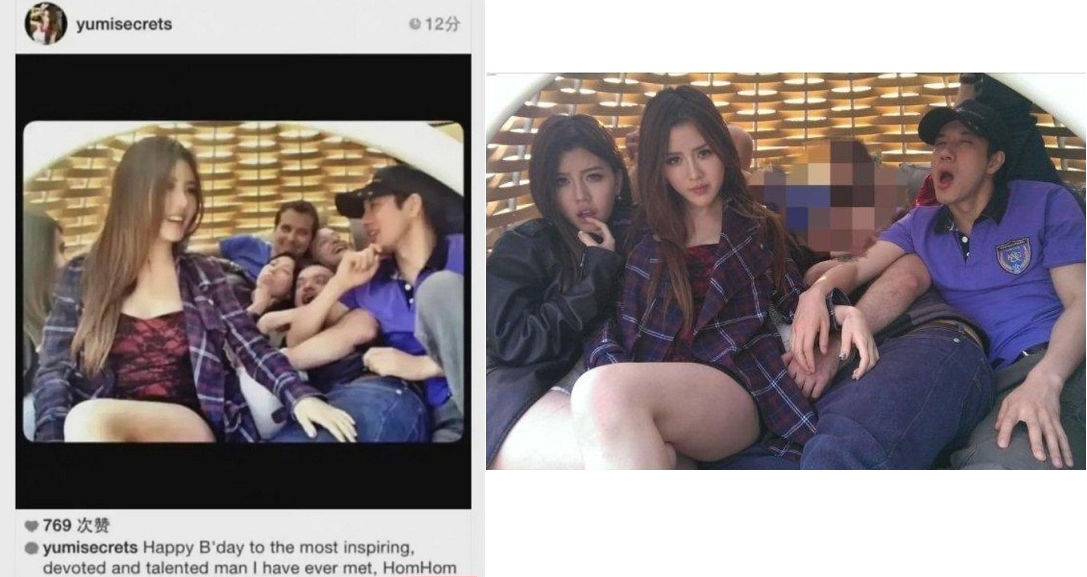 After combing the web for related messages, netizens realized the mentioned party might be Yumi, the younger twin sister of C-pop duo BY2, who was romantically linked in rumors with Leehom which emerged on December 16. Although Yumi’s work studio issued a statement claiming the rumors were pure heresy and condemned the gossipmongers,  netizens had already uncovered a telling group photo she posted with Leehom and a group of friends back in 2013, in which she referred to him as “HomHom” – fittting Lee Jinglei’s account. At 4am on December 18, BY2’s work studio updated about having filed a police report on the allegations, captioning that “words can kill”, but this was shot back via a direct repost by Lee who hinted at having evidence on-hand!

Lee Jinglei’s response came by noon of December 18, when she reposted BY2’s update on having made a police report, and captioned “Please give me the police contact, I’ll provide evidence, thanks”, in an hardly veiled claim that she has proof on her hands. Just an hour later, her post has already earned 900k likes, with many netizens encouraging her to reveal the evidence on hand.

Leehom has already been unfollowed by Asian pop superstar Jay Chou (周杰倫), who had known him for over twenty years and often interacted with him online. The two last performed together in April this year at a friends’ birthday party, when Leehom sang his famous tune The One and Only <唯一> to Jay’s piano accompaniment. Rumored to have also unfollowed Leehom, netizens discovered that singer JJ Lin (林俊傑) had never followed Leehom on any of his social channels prior.

BY2’s Friend Calls Out Leehom’s Fake Idol Image
After rumors emerged that Leehom had cheated on his wife for many years with Yumi following the divorce announcement, both parties vehemently denied the rumors.

A friend of Yumi then called out that Leehom was nothing like the perfect idol he was made out to be, claiming she was standing out for Yumi as she could no longer stand the singer’s behaviors. According to her, Yumi only realized she had unwittingly became the third party after Leehom announced his marriage, but did not break off their relationship, even sending revealing photos of herself to satisfy the singer. 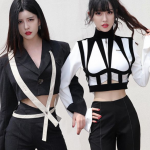 The 29-year-old Singaporean pop duo, comprising twins Yumi with her elder sister Miko released their first album in 2008. Branding themselves as the only twins in C-pop, they ended their 11-year-contract with their label Ocean Butterflies in the year 2019, the same record label which JJ Lin had once belonged to, after which they managed themselves under BY2 work studio. They took part in Chinese talent reality contest The Coming One 3 <明日之子3> in 2019, taking second runner-up position.
Source: On.CC