Leehom Wang (王力宏) and Lee Jinglei’s (李靚蕾) divorce is becoming more combative each day. After returning to Taiwan and completing the mandatory quarantine period, Leehom allegedly asked mutual friends Blackie Chen (陳建州) and his wife Christine Fan (范瑋琪) to accompany him to visit his children at Jinglei’s home to avoid further conflict. However, Jinglei accused Leehom of trying to enter her home with three male strangers without her consent.

Children Were Scared by Leehom’s Actions

Unaware of the divorce, the couple’s three children were anticipating seeing their father. However, Jinglei said Leehom was uncooperative and did not set a time for visitation. 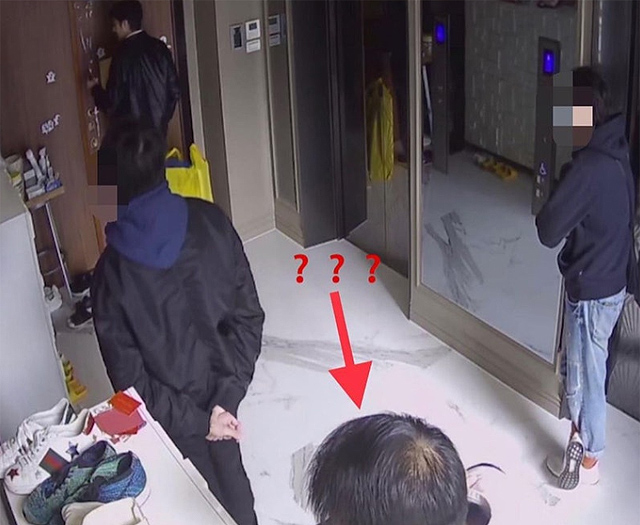 Against Jinglei’s specific requests, Leehom brought staff members to their home. She recognized them from previous work engagements, but the children have never seen them before. When Leehom immediately asked her to take down the CCTV, Jinglei felt that this was an odd request. Since Leehom had previously told her that some of his close staff members have criminal records and triad connections, Jinglei refused to grant Leehom entry.

“You originally tried to just enter with your keys, and you kept forcefully shaking the door. Luckily, I had locked it. Otherwise, I can’t imagine what you would have done!” Jinglei said.

The children were shaken by Leehom’s forceful actions and started crying. Jinglei was also scared by the confrontation, and her hands were shaking until late in the night.

Due to Leehom’s actions, Jinglei feels an immense amount of pressure and the need to always be prepared to defend herself.

Angered by allegations Leehom and his staff had made about her mental health, Jinglei wrote, “You and your staff explained your reluctance to meet due to the possibility of me being unstable and suicidal. I want to emphasize that I am healthy in mind and body. I have three young children, and do not have any thoughts of suicide. If anything happens to me, it is definitely not suicide.”

A friend had witnessed Leehom speaking with his children through a video call, in which the singer lied that he could not see the children in person without Jinglei’s consent. Jinglei revealed Leehom and his father had also shared photos of their children with the paparazzi.

In addition, Jinglei felt distressed when accusations arose that her behavior was solely motivated to take Leehom’s fortune. Jinglei defended herself once again, stating that she has evidence to prove that her requests are to maintain their children’s quality of life. She had asked for a night-time nanny, a domestic helper, and a driver. “These should not be taken away from our children due to your decision to lead a life as a single man,” she clarified.

Feeling misled by Leehom’s earlier public apology, Jinglei fired, “It turns out that your apology was not from the heart, and just desperate measures to stop me from talking.”

After Jinglei accused Leehom of attempting to force entry into her home, the singer’s manager claimed the account was exaggerated, otherwise a police report would have been filed. 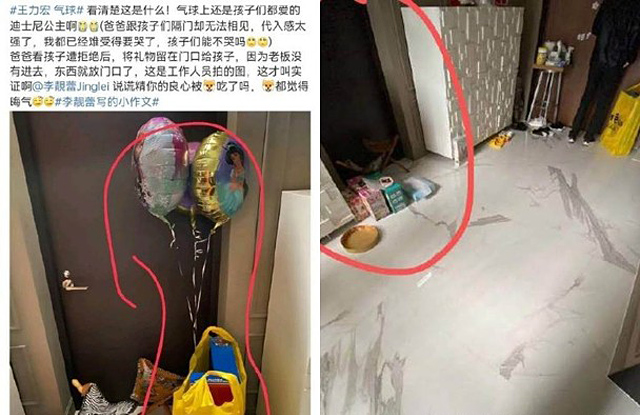 A netizen shared a photo that Leehom’s staff member took, which shows a bag of toys and balloons left at Jinglei’s condo. Apparently, Leehom had brought the items for his children, but left them at the door when he was not allowed entry.

After seeing the photos, some netizens felt that Jinglei’s account of the encounter was falsified, as Leehom seemed to have approached his children with friendly intentions.