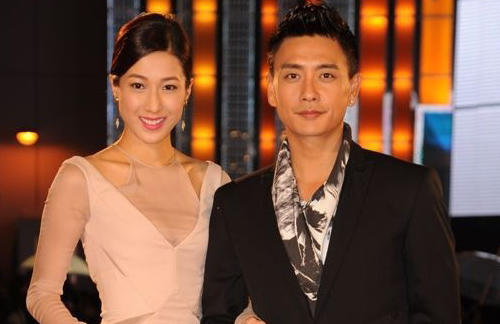 TVB’s Witness Insecurity <護花危情>, which starred Bosco Wong (黃宗澤), Linda Chung (鍾嘉欣), and Paul Chun (秦沛), remains to be the number one Hong Kong drama of the year since its broadcast in July 2012. Witness Insecurity achieved an average of 32 points (approximately 2.01 million viewers), and is currently the highest-rated Hong Kong drama of the year. Second highest-rated drama is Divas in Distress <巴不得媽媽…> with 31 points (1.96 million viewers), and The Hippocratic Crush <On Call 36小時> comes in third with 31 points (1.96 million viewers).

According to various reports, both Bosco and Linda will have to rely on their work in Witness Insecurity to earn a Best Actor and Actress nomination. Witness Insecurity was Bosco’s only 2012 drama. While Linda had three 2012 dramas under her belt – including Daddy Good Deeds and House of Harmony and Vengeance <耀舞長安> – both dramas aired at the beginning of the year, which is an inconvenient time slot for year-end awards. By airing Au Revoir Shanghai and Heavenly In-Laws now, Bosco and Linda will earn a chance for the audience to remember their performances.

Although there has been buzz for Raymond Lam (林峯) and Kate Tsui (徐子珊) to win TV King and Queen since the broadcast of their drama, Highs and Lows <雷霆掃毒>, in late September 2012, the drama failed to make it into the final top five of the year, and their chances of winning TV King and Queen have slightly dropped since the broadcast of Highs and Lows completed.

However, there is still more to fear for Witness Insecurity fans. Although Highs and Lows failed to dethrone Witness Insecurity’s ratings, TVB’s two anniversary dramas, Silver Spoon, Sterling Shackles <名媛望族> and The Confidant <大太監>, had extremely strong starts, and they may end up as the top two dramas of the year.

Upon hearing that Witness Insecurity is still the number one drama of the year, Linda said, “That is fantastic! I also really admire The Confidant. I watched the first two episodes, and I think the production and film making is very serious. It is excellent. I support The Confidant, but of course, I will also support Witness Insecurity!”

Linda is currently filming for Big Wheel, a cross-millennium drama about the fate of two brothers. When asked for her thoughts on working with Ruco Chan for the first time, Linda said, “On our first day, we had to do an intimate scene. He is such a gentleman. Before the filming, he would ask permission if he could do this or that to me. I actually had to tell him to relax! Just follow the script!”