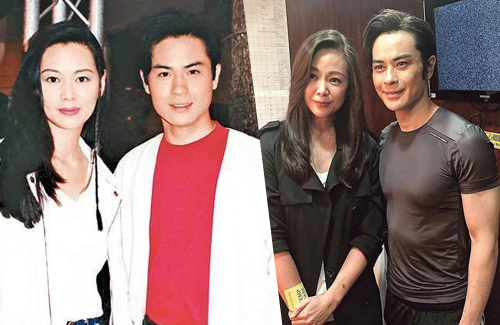 While promoting her new Cantonese single, former singer Linda Wong (王馨平) accepted a radio station interview, in which she spoke about her past relationship with Kevin Cheng (鄭嘉穎) and why they broke up.

Born to famous parents, Wang Yu (王羽) and Jeannette Lin (林翠), Linda was exposed to the entertainment industry at an early age. Mentioned by Jenny Tseng (甄妮), Linda’s debut album Don’t Ask Who I Am <別問我是誰> sold a record 600,000 copies and she won a lot of new singing awards in the 1990s.

Though Linda was successful in her career, there were rumors that her father would often micromanage her job choices and even relationships. After her father’s recent stroke, Linda has been staying in Taiwan to take care of him. Although her father will be receiving the Golden Horse Film Awards Lifetime Achievement Award in November, he won’t be able to accept it in person due to his current health status. Linda expressed that their family is already happy that his work was well received and recognized.

Went Against Her Father’s Wishes

When Linda was dating Kevin Cheng in the 1990s, many speculated that her father was the one who broke them up. She said, “Many thought my father opposed and that I followed his wishes. But that’s wrong! I am not that filial because I went through a rebellious phase where I only thought of my own decisions. It’s just that towards the end of [my relationship with Kevin], we couldn’t continue on anymore. From a parent’s perspective, I think they just want what’s best.”

In regards to her father’s disputes with her mentor and manager Jenny Tseng, Linda said that she has to take some responsibility. She said, “My father trusted me with her as my manager. They both have stubborn personalities and did have some misunderstandings. However, it was related to my work so I did feel uncomfortable dealing with it. If we had handled it better, we wouldn’t have needed to go to court. I don’t blame my father for being too involved though.”

Kevin Cheng: “I May Not Marry the Woman I Love the Most!”

1 comment to Linda Wong Talks About Breakup with Kevin Cheng