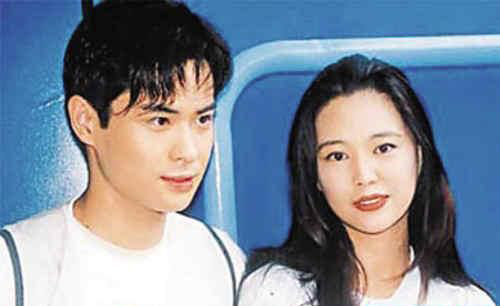 In a radio interview with Eileen Cha (查小欣), Kevin took the opportunity to clarify Linda’s abortion rumors. Despite breaking up, Kevin and Linda maintained contact and were still friends. Kevin urged Linda to communicate clearly with her husband, Stephen Lee, to prevent any potential misunderstanding over the abortion rumors. Kevin was mostly concerned that Linda’s marriage will be negatively impacted.

Kevin said angrily, “Actually Linda is happily married right now. Please do not fabricate these type of rumors! These rumors can harm other people’s lives and marriages! You cannot fabricate to this extent! There is no proof; they are all lies!”

Due to Kevin’s current popularity, the media recently became interested in reporting his old romance with Linda Wong, including the earlier news that her father, Wang Yu (王羽) had disapproved of their dating relationship. To Kevin, his memories of his past relationship with Linda were precious and while he did not mind the facts being reported, he protested tabloids’ outright lies.

Kevin sounded almost apologetic that Linda’s reputation was slandered in the abortion rumors. He said, “There are some things which are beyond my control. The most important thing right now is how to deal with the situation properly.”

Furthermore, Kevin responded to TVB actor, Sin Ho Ying’s (冼灝英) criticism that Kevin possessed a poor character while filming Gloves Come Off <拳王> together. Kevin took into consideration that tabloids may have exaggerated upon Sin Sifu’s initial response. Kevin said, “Perhaps during the interview, his words were twisted. I’m used to this!”

Despite the media’s sometimes harsh rumors and criticisms towards Kevin–including his “stiff” acting and branding him with nicknames such as “Rubber Wing”–he was used to it. “I have to thank the media for reminding me. Otherwise, I will not bite back my teeth to prove myself.”

Jayne: It’s not fair for the media to continue to write about Linda, as she is semi-retired from the industry and already married. It is one thing to write about a single woman, but another matter to keep linking a married woman to her ex-lover.