The story this time focuses on the investigation of an international human trafficking organization, which is scrutinized by numerous governmental departments and teams. Leading the investigation is Louis Koo as the Chief Investigation Officer at ICAC, while Jessica Hsuan (宣萱) portrays the Chief Justice, and Chilam Cheung plays a member of the G4. 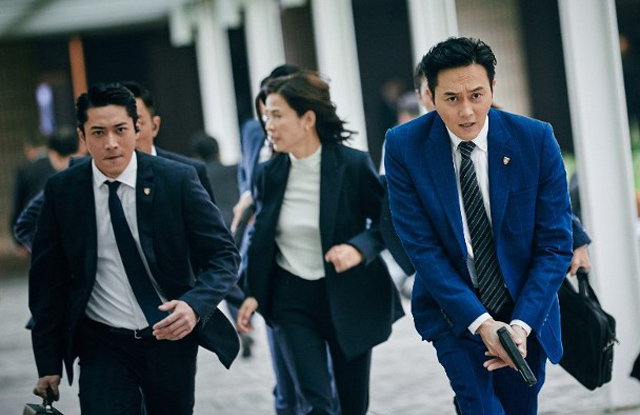 G-Storm offers action-packed goodness and cross-fire scenes. Over 100 extras were employed during the explosion scene in Tsim Sha Tsui and loud gunfire sounds could be heard on the streets. Director David Lam (林德祿) expressed, “We’re now into the fifth installment, and this film features bigger guns and weapons than the previous ones. The number of bullets used in this one film equals the total used in the past four installments.”