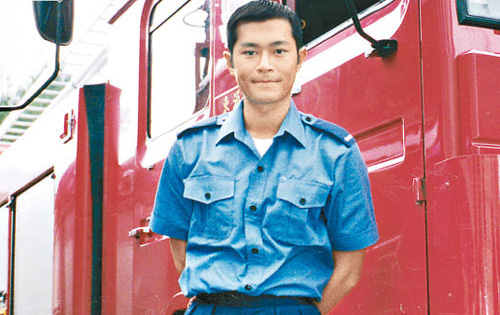 Inferno will be directed by the Pang brothers, Danny Pang (彭發) and Oxide Pang (彭順), who have experience from filming 3D movies through their former horror movies, such as The Child’s Eye <童眼>. Inferno will be the first 3D movie from Hong Kong to focus on a fire disaster, featuring the everyday heroism of firefighters risking their own safety to save other people’s lives. Since real fires will be used during the filming of Inferno, actors Sean Lau and Louis Koo–who portray firefighters–will need to take training classes on fire safety and equipment use. Due to the risk involved in the fire scenes, the production company will purchase extra insurance for the cast of Inferno.

The announcement of Inferno has generated early excitement in the industry, as The Hollywood Reporter ran a feature on the film project. Inferno was slated to start filming in July or August 2012 and will be a joint production between Hong Kong and Chinese movie companies.

Jayne: This may be Burning Flame in 3D. Adding Wong Hei would be a nice touch!