In the entertainment industry for more than ten years, Maggie Cheung (張可頤) was unfortunately diagnosed with Thyroiditis in 2006. Due to the negative symptoms of the illness, such as depression and weight gain, Maggie decided to take a filming break that lasted for almost two years. “This illness made me understand that no matter how hard you grasp on to something, anything can be lost overnight, including health. I’ve learned to live in the moment.”

Bed Scenes are the Biggest Challenge

Although Maggie did not place within the top three during her competition in Miss Hong Kong 1994, her career soared quickly at TVB. Despite her extensive acting resume, Maggie is still plagued by the fear of filming bed scenes. “There was a scene [in To Be or Not To Be <來生不做香港人>] where I had to simultaneously kiss and strip with Poon Chan Leung (潘燦良) from the hallway, into the bedroom, and onto the bed. I was so nervous that I almost asked the director to edit the script!” Fortunately, Poon discussed the scene with Maggie in detail and they were able to complete it without embarrassment.

Although the HKTV drama touches on the sensitive topic of the relations between Hong Kong Mainland China, Maggie believes that everyone can learn from the material. “Hong Kong and Mainland viewers will grasp a different perspective from the drama. They will understand that when they compromise with one another, China can become very strong. We only need a little more time to overcome cultural differences.”

Maggie further praised the quality of HKTV’s productions, including the detailed script. She added that Ricky Wong (王維基) is a good boss who often visited the filming set to communicate with the cast and crew, treating everyone as a valuable contribution to the company.

With great popularity comes great sacrifices. Maggie’s successful career in the entertainment industry did not come easy. Maggie recalled the difficult times she endured to reach her star status. “In the early stages of my career, I remember filming two dramas Cold Blood Warm Heart <天地男兒> and One Good Turn Deserves Another <地獄天使>. Not only did I lack sleep, I hardly even had time to eat. I was tired and all I could do is hide in the corner and cry. I didn’t dare talk to anyone because I was afraid of gossip.”

Due to the heavy load of filming projects and commercial jobs, not only was Maggie’s health jeopardized, but it also took a toll on her professional relations. Having previously been rumored to be on bad terms with Old Time Buddy <難兄難弟> costar, Jessica Hsuan (宣萱), Maggie responded, “Gossip is unavoidable. I maintain good working relations with other female leads. I will not rule out future opportunities to work with Jessica. But are we considered friends? Not necessarily, because friendships take a lot of time to cultivate. When we finish filming a drama, everyone loses touch. It is difficult to maintain friendships.” 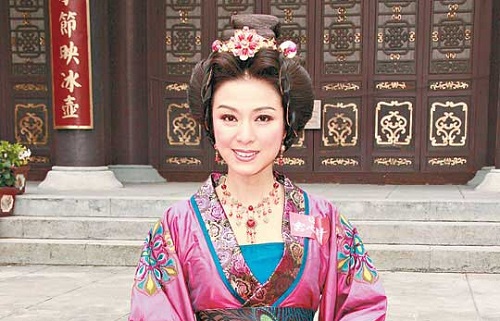 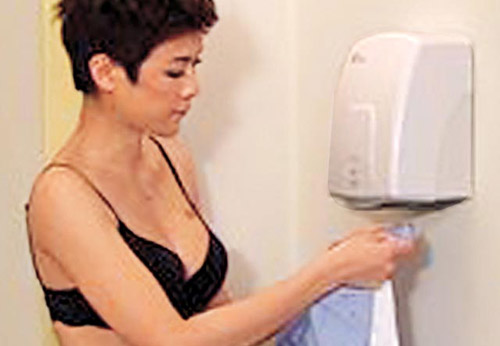