Mandy Wong’s Character Gets a Strange New Development for “The Exorcist’s Meter 2.0” 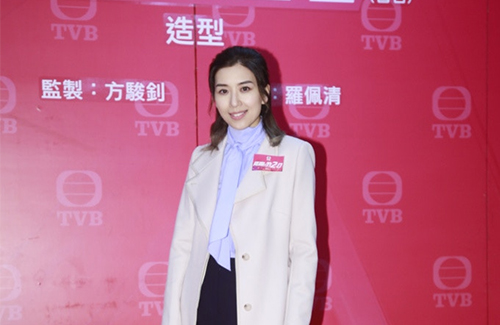 TVB drama series The Exorcist’s Meter <降魔的>, a story about a taxi driver possessing the supernatural ability to conquer demons, has begun production for its official sequel, aptly subtitled 2.0. The sequel continues the adventures of Kenneth Ma (馬國明) as Ma Kwai, who uses his taxi to transport himself to and from the underworld.

In the first series, most of the human characters were mortal beings, with no supernatural abilities. The sequel will take the story up a few notches by adding in more characters with various powers that would help them connect with good and evil spirits.

Mandy Wong’s (黃智雯) character will be one of them.

Producer Dave Fong (方駿釗) shared, “In the first series, her character passed the barrier and entered the ghost city. That opened up a new power for her, which is the ability to communicate with other spirits. A simple touch would allow her to understand what the other is thinking. She becomes a bit like a spirit medium.”

As for whether or not her character would fight demons alongside Kenneth, he said, “Not exactly, but her powers do bring her closer to Kenneth.”

1 comment to Mandy Wong’s Character Gets a Strange New Development for “The Exorcist’s Meter 2.0”